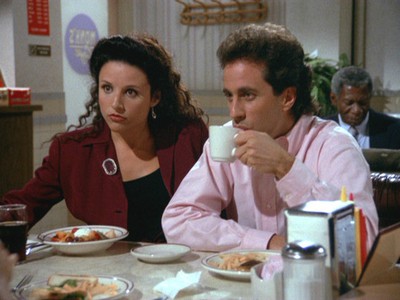 Today Begins the Sixth Season ofComedians in Cars Getting Coffee on Crackle. And the first coffee outing—available now—is with Seinfeld co-star Julia Louis-Dreyfus.

For those who aren’t familiar, each week Seinfeld hops into a classic car and gets a cup of coffee with a comedian friend. Much like Seinfeld, this is basically a show about nothing. And it’s somehow funny.

Is Will Ferrell and Kristen Wiig’s Lifetime Movie Still Happening After All?