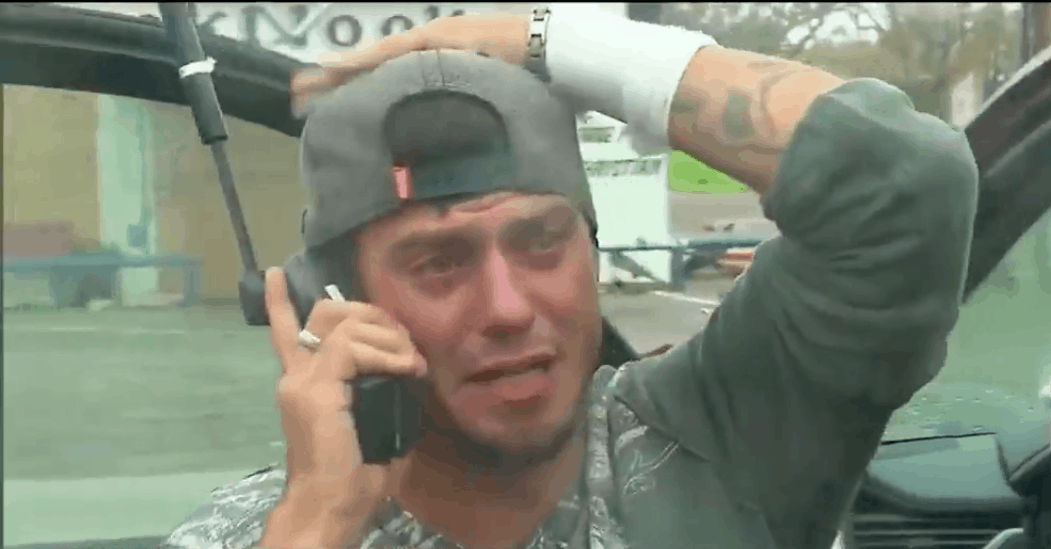 A deeply emotional moment took place on CNN when Aaron Mitchell, who was being interviewed by CNN about his experience surviving Hurricane Harvey, was able to reconnect with his father for the first time since the storm made landfall.

Mitchell walked 12 miles to his dad’s house in an attempt to make sure his dad was OK, but by the time he arrived, his father was gone. Cell service was down and Mitchell was very worried about his father. “I just lost everything I worked for. Everything,” an understandably shocked Mitchell told reporters. “The only thing I got are the clothes on my back.”

See the emotional moment this Hurricane Harvey survivor, who lost everything, learned his dad survived the storm https://t.co/CS2u9MufP7 pic.twitter.com/GCQtpi7O14

Fortunately, CNN had access to a satellite phone, and Mitchell was able to get in touch with his dad, who had made it to Austin. It was a very emotional moment.

Mitchell was able to find a bus evacuating Rockport residents to Austin, where they’ll be able to reconnect.