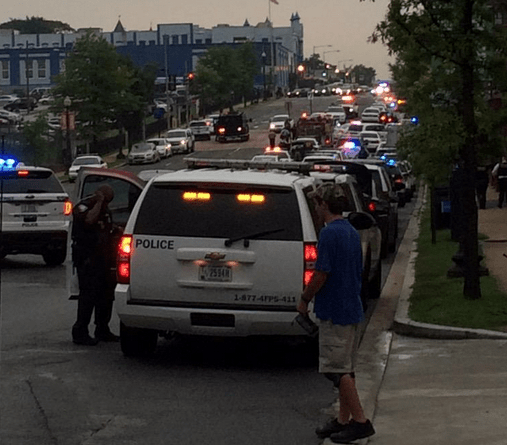 According to reports, the Navy Yard in Washington D.C.—the same location of a deadly shooting that killed 12 people in 2013—is on lockdown. Throughout the morning, there have been conflicting reports regarding a shooter currently on the site, but according to CNN, officials have yet to find evidence of an active gunman. Earlier this morning, police received a 911 call about a shooting in one of the buildings. Tweets from the area (like this image shown from @PJElliotRadio) show a large SWAT presence. We’ll post more updates throughout the morning as they become available.

UPDATE: Police found no evidence of a shooter, and the scene is now all clear.