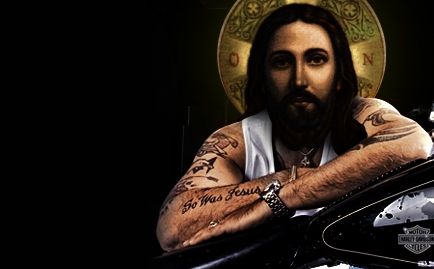 Recently, I got an email from a guy who had read some of my writing, and he posed some good questions. In the email, he pointed out that I have spent some time deconstructing others’ thoughts on “manliness,” but what about constructing some of my own?  He said this:

“I grew up thinking that if I were like ‘this’ or like ‘that,’ then I could find more acceptance from my extended family, but the older I’ve gotten, the more I realize that my interests and passions aren’t going to change, nor should they, to adapt to someone else’s view of what a ’masculine guy’ should look like … True masculinity. Godly masculinity. Comes from what? Results in what?”

Now first, let me clarify. This conversation is separate from the topic of gender roles. The idea of masculinity is something intangible. It’s most often described using words associated with attitude and activity to paint a picture of a standardized persona. I’ve spent the last week thinking about this in light of culture, life and, ultimately, Scripture. And I’ve come to a few conclusions.

I was talking to my friend, Michael, yesterday trying to get another perspective, and he had some great insight. He said, “I think it’s interesting that I go back to my hometown, and the same people that made fun of me for wearing skinny jeans four years ago are the very people that are wearing them today.” I’m sure people of different generations could say the same thing about different stylistic trends: bellbottoms, long hair, earrings, even skirts.

Let’s use the simple illustration of a skirt as an example of the first point:

The things by which we often classify masculinity are not based on God or the Bible but, rather, culture.

From an American cultural perspective, our global understanding causes us to not think twice of a spartan warrior or an elderly Indian man in a skirt or even a modern-day man of African descent on the steps of a building in a European metropolis.

But even I, while I’m writing this article about the illusion of masculinity, have a totally different reaction to a modern, seemingly American man dressed in a skirt. Something just seems … off. But what’s different here than in the other pictures? The man’s skin color, his country of origin and my cultural expectation of how he should dress.

In addition to dress, there are other seemingly benign factors by which cultures define masculinity. Let’s talk football for a moment. I’ll admit it’s an easy target simply by the fact that it wasn’t being played until about 1842, and men were certainly existing fully before that time.

I could go on all day deriding cultural determiners of masculinity—career paths, eating habits, consumer practices, signs of affection—but that’s not the point of this article, and not all of the things we use to define masculinity are inherently evil. It’s just that they needn’t be a determiner of one’s identity.

That brings us to the second point:

Masculinity is an attempt to justify fighting for one’s own way rather than living a life of sacrificial love.

Our culture most often says it in the form of “boys will be boys.” Whether it’s violence, drunkenness, selfishness, sexual immorality or oppression, this phrase is used repeatedly to justify the actions of boys and men. But when we look at Jesus, it’s clear that He shows us a new way to live. Not a life of competition. Not a life of self-centered indulgence.

Rather,  Jesus was gentle.  Jesus chose to enter Jerusalem, not on a horse, but on a donkey.  Jesus cried.  Jesus loved and nurtured children.  Jesus spent most of His time with the outcasts of society. And ultimately,  Jesus chose others above Himself.

I feel it only fair to offer the one display of Jesus’ ferocity. It was directed at the oppressors—those who thought they could control people using God as a tool. He wouldn’t have it, and it’s an important part of the story. It’s not the norm. It’s not the one example we are to use to justify our anger and short-temperedness. It is one small part of the character of Jesus.

So what do Jesus’ tears and love and gentleness and anger show us?

A true man is one that lives without fear of violating social norms for the sake of the Gospel.

A true man is one who trades his selfishness for the fruit of the Spirit. One who displays love, joy, peace, patience, kindness, goodness, faithfulness, gentleness and self-control.

A true man is one who will shout out against the injustice of pornography. One who will embrace his brother in pain. One who will take off his tie to serve the poor. One who will cry in his brokenness. One who will kneel before his wife and children and wash their feet as a sign of humility.

A true man is one who is ready to stop trying to prove his worth to the world and be honest about his inadequacies.

A true man is not a man at all. He has left the smallness of the earthly and surrendered to the grand life of the Spirit of God.

Cole NeSmith is the Creative Director at STATUS, a campus of Discovery Church in Orlando, FL. You can read more at Cole’s blog, http://www.colenesmith.com.

What Happens When You Don’t ‘Feel’ the Holy Spirit Like Everyone Else?

When Your Teaching is Criticized