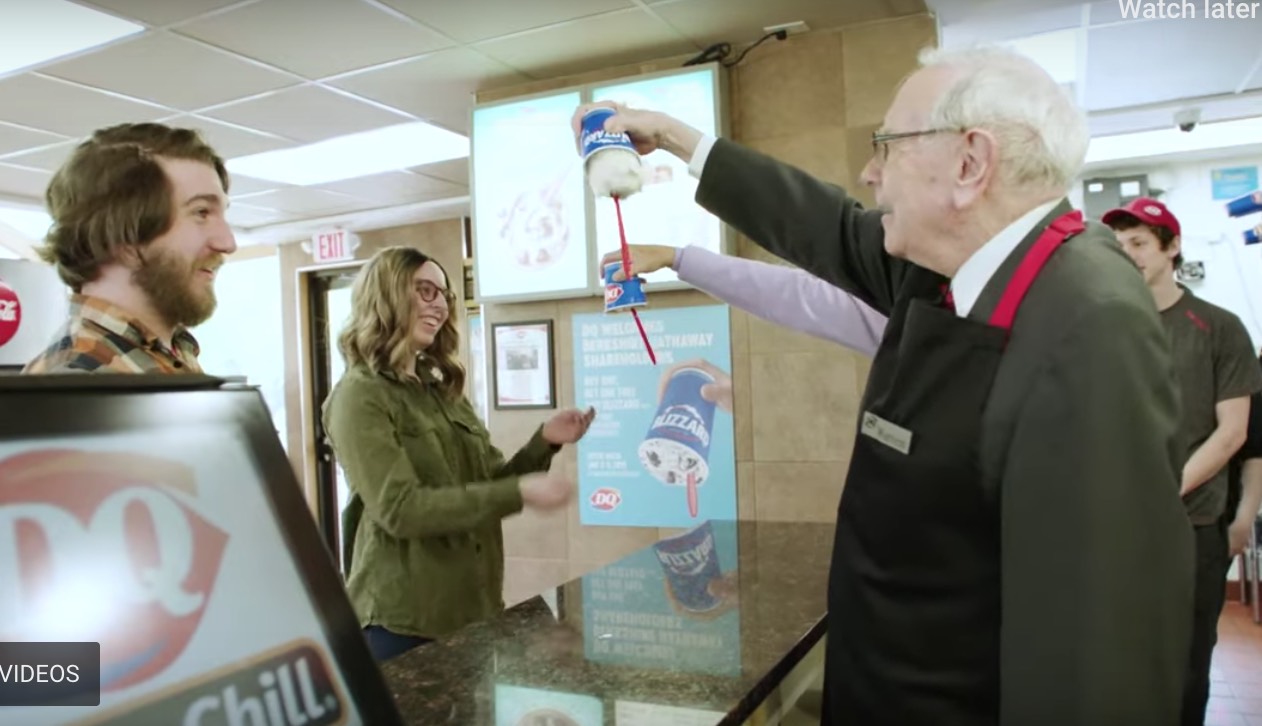 Bill Gates and Warren Buffet are two of the richest people in the world. They have a combined wealth of nearly $200 billion.

Among their many, many investments, Warren Buffet’s company Berkshire Hathaway purchased Dairy Queen—a food chain that he happens to be a big fan of.

As Gates explains, Buffet is a big ice cream guy: “As I’ve learned again and again during my visits with him even his diet is oddly upside down. Instead of ending his day with dessert, that’s how he likes to begin the day. He counts Oreos and ice cream among his breakfast foods!

For his series “Gates Notes,” the two visited a DQ in Buffet’s hometown of Omaha and actually got behind the counter to train as employees. Yes, they actually tip the Blizzards upside-down, just like when you were a kid.

Here Are the Most ‘Post-Christian’ Cities in America

Umm, What Is This Being Captured on a Security Camera?