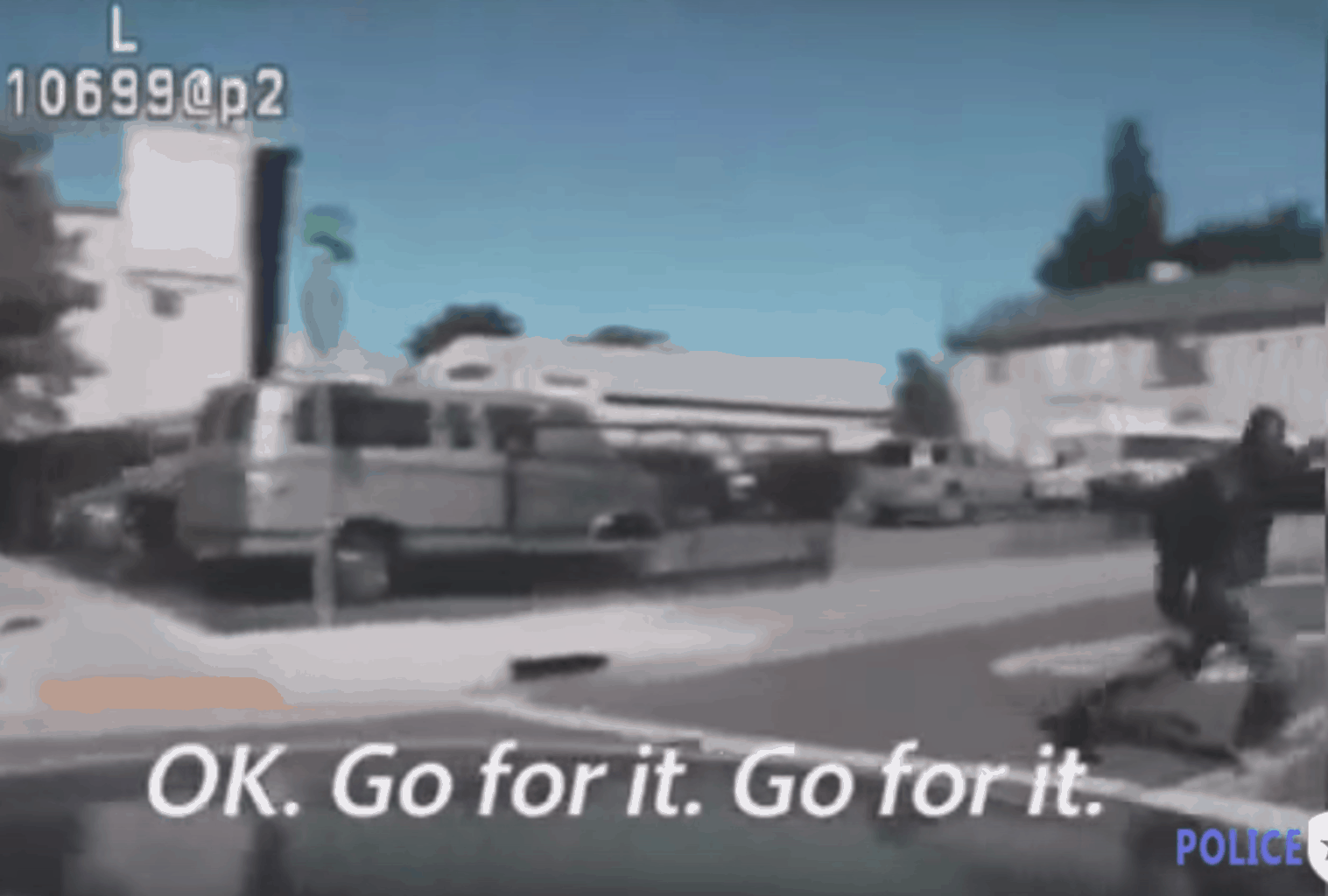 Police in Sacramento have released an extremely disturbing video that shows two officers attempting to hit an African-American man with their car before getting out and shooting him multiple times. According to reports, the homeless man named Joseph Mann was mentally ill.

In the video, one of the officers said, “F— this guy” and the driver is heard saying, “I’m going to hit him.” The other officer says, “OK. Go for it. Go for it.”

After they are unable to hit the man—who was on foot—they got out of the car and shot him 14 times. The incident happened on July 11. Both of the officers are still on the force and are on “modified duty.” The police department only released the footage after a resident sent surveillance footage of the shooting to The Sacramento Bee. They refused to release it for two months.

The incident began when the residents of a nearby apartment complex called police to say that Mann was armed with a knife and a gun, and was in the street acting erratically. When the first officers arrived, Mann refused to comply with orders for him to get on the ground and put his hands up, but yelled to the officers, “I don’t have a gun.” He then threw a thermos at one of the cars and continue to hold the knife. The officers on the scene slowly pursued Mann in their vehicles, attempting to de-escalate what was happening. That’s when officers Randy Lozoya and John Tennis showed up and attempted to run down Mann within seconds of arriving before shooting him.

No gun was found. Police claim Mann had methamphetamine in his system at the time.

Mann’s family is filing a lawsuit against the police department. As The Washington Post notes, The lawsuit says, “Inexplicably, the Officers failed to contact any properly trained mental health counselors or make any attempt to use less than lethal force and ignored the established police protocols to make attempts to de-escalate the situation.”

No, Relationships Shouldn’t Be Simple Or Easy

Where Is God When Life Disappoints You?