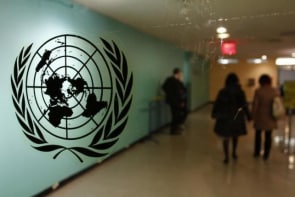 The United States took a stand on a United Nations resolution on violence against women because it also called for women to have access to safe abortions where it’s legal.

The Trump administration has set out block all avenues of assistance for foreign and domestic groups that perform abortions or give information on abortions, according to Reuters.

The resolution was from Canada and called for the elimination of violence against women. It was adopted by a consensus that the United States said it needed to “dissociate from” when it comes to conversations on safe abortion access.

Around the world, women and girls living in war and post-war zones are living at a higher risk of sexual violence. The resolution stated that women worldwide should have equal access to “comprehensive sexual and health-care services,” which includes contraception, teen-pregnancy prevention programs and “safe abortion where such services are permitted by national law.”

Despite refusing the resolution outright, the U.S. released a statement saying it “strongly supports the spirit of this resolution and joins other members of this Council in condemning all acts of violence against women and girls.”