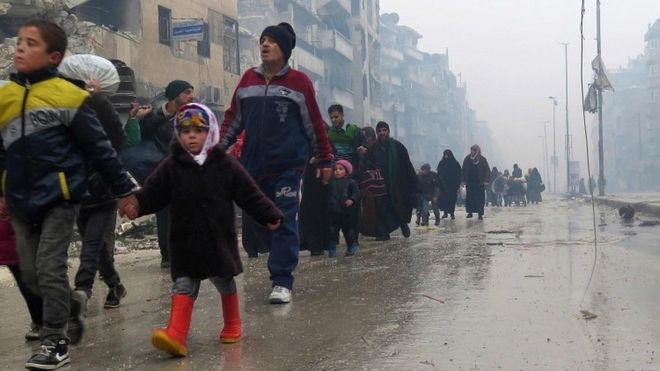 The situation in Syria keeps getting worse and innocent civilians continue to be the victim of senseless acts of violence.

A report from the UN states Syrian government troops in Aleppo have been reportedly killing civilians by going door-to-door in the city’s last remaining rebel-held enclave. At least 82 civilians have been shot on-sight by pro-government forces, including at least 11 women and 13 children.

The Syrian army has denied these allegations as an attempt to sully their image after a victory that saw them regain a formerly rebel held area in Eastern Aleppo.

UNICEF reports that a doctor was quoted, saying: “Many children, possibly more than 100, unaccompanied or separated from their families, are trapped in a building, under heavy attack in east Aleppo.” There were also reports of children being set on fire and bodies lining the streets.

Between 50-100,000 civilians remain stuck in the besieged areas. The UN has urged Russian armies supporting President Bashar al-Assad’s attacks on Syria to allow safe passage and ensure their safety in what the United Nations human rights office termed “a complete meltdown of humanity.”