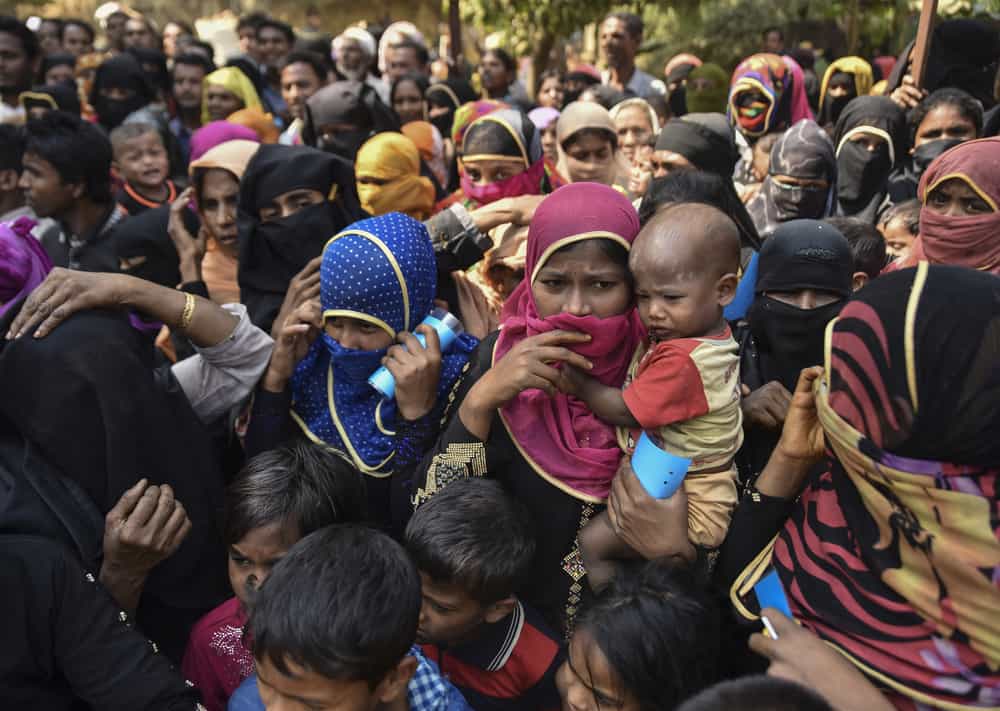 Very little is understood right now about what is taking place in Myanmar, a country long closed off from international observation. But what is known is horrifying, and has led the United Nations to believe the government is involved in ethnic cleansing.

The victims are mostly Rohingya, an ethnic Muslim minority in the mostly Buddhist region. “Because Myanmar has refused access to human rights investigators the current situation cannot yet be fully assessed,” Zeid Ra’ad Al Hussein, the United Nations high commissioner for human rights, said in a statement Monday. “But the situation seems a textbook example of ethnic cleansing.”

It started in late August, when a rogue militant group of Rohingya attacked a military outpost, killing some 25 people. That spurred the government to swift and apparently terrible action, involving “unbridled murder and arson, rape and persecution,” according to NPR. The government is also evidently planting landmines along the road to Bangladesh to deter the Rohingya from fleeing. According to Amnesty International, the landmines have already killed one and seriously injured three, two of whom were children.

A woman named Rashida wrote a post for Al Jazeera describing her experience fleeing the government.

“We have left all that behind now. Our house and fields have been burned so we can not earn our living there any more,” she wrote. “When the military started shooting in our village, we quickly took my children into the jungle and hid them; they were scared from the dangers in the wild. But, when I went back to check on the house, I saw right in front of my eyes, that many people had been killed.”

The Myanmar military denies the claims. They say the Muslim minorities are torching their own cities as part of an inter-religious conflict. When a reporter from the BBC was allowed a rare visit to the country, he was shown photographs of Muslims torching their own homes—photographs, the BBC says, that were obviously fake. When asked about the violence, Col. Phone Tint, a border security minister, told the BBC  “Where is the proof? Look at those women [refugees] who are making these claims—would anyone want to rape them?”

The White House has also called on Myanmar to “respect the rule of law, stop the violence, and end the displacement of civilians from all communities.”