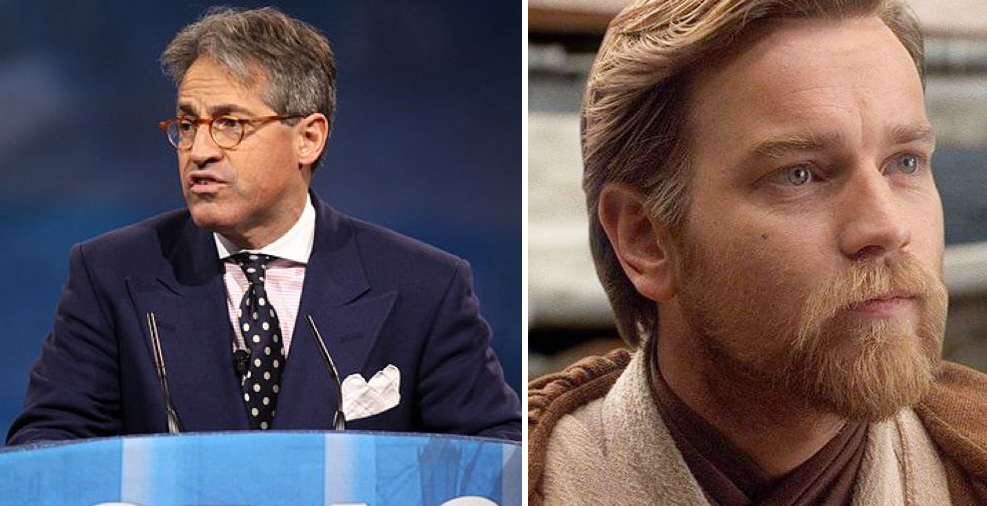 Eric Metaxas is a Christian radio show host who achieved some level of goodwill for his work on VeggieTales and a popular (if historically dubious) biography about the life of Deitrich Bonhoeffer. But these days he’s better known for being an online provocateur who spreads contrarian and sometimes downright dangerous takes on race, religion and patriotism. But he went extreme even by his own standards on Monday when he responded to news that the United Methodist Church had enlisted author Robin DiAngelo to produce a series of videos about white privilege.

“Jesus was white,” Metaxas tweeted. Did he have ‘white privilege’ even though he was entirely without sin? Is the United Methodist Church covering that? I think it could be important.”

A little hard to know where to begin with this one. For one, while we don’t have all the details on Jesus’ melanin, Jesus was certainly not white and, in any case, “white privilege” would not have existed in the Ancient Roman Empire the way we think of it today. For another thing, “white privilege” is a way of describing certain societal advantages our society affords white people, like a fair shake in the criminal justice system, the classroom and the career ladder. It’s a reality worth confronting, but it’s by no means a “sin” to have this privilege. So even if Jesus was born with certain social advantages (and being a man in the ancient Middle East, he was), that has nothing to do with the doctrine of his own sinlessness.

After a torrent of feedback, Metaxas returned to Twitter to backpedal, sort of, by claiming he was just trying to get other people to realize he wasn’t white …or something.

Don't worry, Brian. I don't REALLY think of him as white, but I enjoy helping people think about how THEY think of him, and of other Jewish people, whom they believe have "white privilege."

“So it’s about how you look? About the actual color of your skin? So most Jews today are ‘white’ & have ‘white privilege’ but some don’t? Who decides? Are Stephen Spielberg & Woody Allen not white? My point is that these identities only seem to apply when woke people say they do.”

So it's about how you look? About the actual color of your skin? So most Jews today are "white" & have "white privilege" but some don't? Who decides? Are Stephen Spielberg & Woody Allen not white? My point is that these identities only seem to apply when woke people say they do. https://t.co/ignphUf33O

The most charitable read here is that Metaxas attempted to retroactively frame his original tweet as an incoherent statement about Jewish identity and race in modern times, but even that is giving an awful lot of credit to an argument that began with “Jesus was white.” Dragging Stephen Spielberg and Woody Allen into your argument about what Jewish people from 30 AD may have looked like is never a good sign. “White” as we think of it today, didn’t exist in biblical times.

I'm glad that there so many people from all over the spectrum of faith speaking out that Jesus was not white. When there's something false and harmful–we unite against it (not against the person–against the falsehood).

That's it. Shut it down. Mans asked if Jesus had white privilege. The experiment is complete.

You can have white Santa if you must.
But you can’t have white Jesus.
Nope.
Sorry.
Can’t.
And here’s what I want to know. Why the heck do you want one??
Why can’t we just go with the Jesus we got?

Jesus was not a white, American man.

The U.S. flag is not a symbol for the Church or for Jesus.

The National Anthem is not a holy hymn.

Slavery was not a “necessary evil.”

The oppressor even tries to control the response to oppression.

The truth will make us free.

If you are writing about this "Jesus was white" foolishness, at least talk to some biblical scholars. Here's a list of Black women in biblical studies: https://t.co/M010Rp0Pvs #blkaarsbl pic.twitter.com/pmW4wzYmAb

This is what you call theological malpractice.

Why? Because “White” was a category later created to assert dominance through illusory notions of superiority.

Jesus knows nothing of this.

Do better. Bonhoeffer is not pleased. https://t.co/B9WC2eEsVr

There are lots of important discussions to be had around white privilege, especially as it pertains to faith — people are taking to the streets all across the country in an attempt to bring it to the spotlight. Jemar Tisby wrote an excellent examination of privilege for this very site. If people like Metaxas can’t be bothered to take that conversation seriously, there’s no reason to give them a seat at the grownup table.

The United States of Privilege