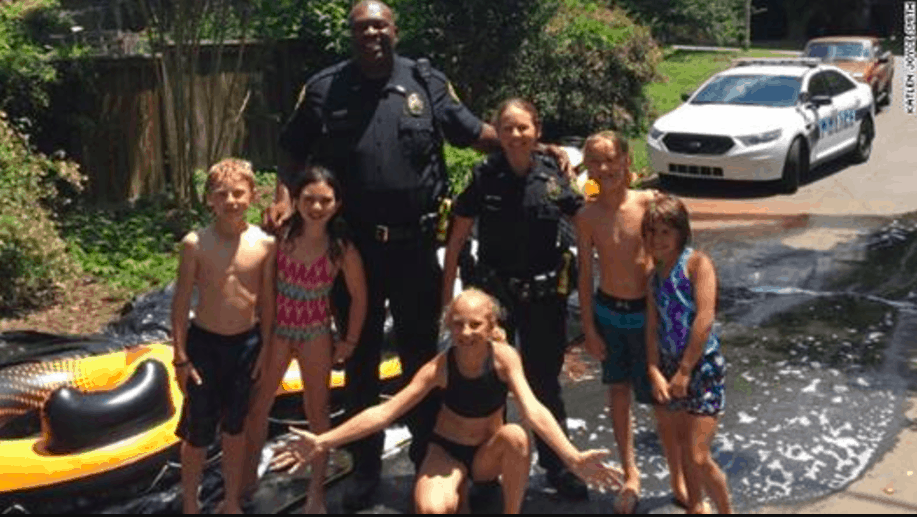 The Fourth of July is the one day in which most Americans just decide to let noise complaints slide, since almost everyone is out lighting off explosives, blasting Jay-Z and squealing with delight at fireworks. But one Asheville, North Carolina, citizen was evidently unfamiliar with this unspoken rule and called the police to make a noise complaint about an Independence Day party.

Fortunately for this resident, Asheville sent its two toughest, harshest, most no-nonsense cops to investigate, and upon finding an active giant DIY slip-and-slide in process, they engaged the target with extreme prejudice. Just watch.

Yep, this is one group of fun-loving, Fourth of July-celebrating patriots who learned a valuable lesson: If you rock out too hard on Independence Day, police may just show up to show you how to take it to the next level.

According to police spokeswoman Christina Hallingse, the two officers determined that the noise was at a acceptable level and the slide wasn’t impeding traffic, so they did what any red-blooded American would do and joined in on the fun.

Does This Photo Prove Amelia Earhart Survived Her Plane Crash and Was Captured by the Japanese?