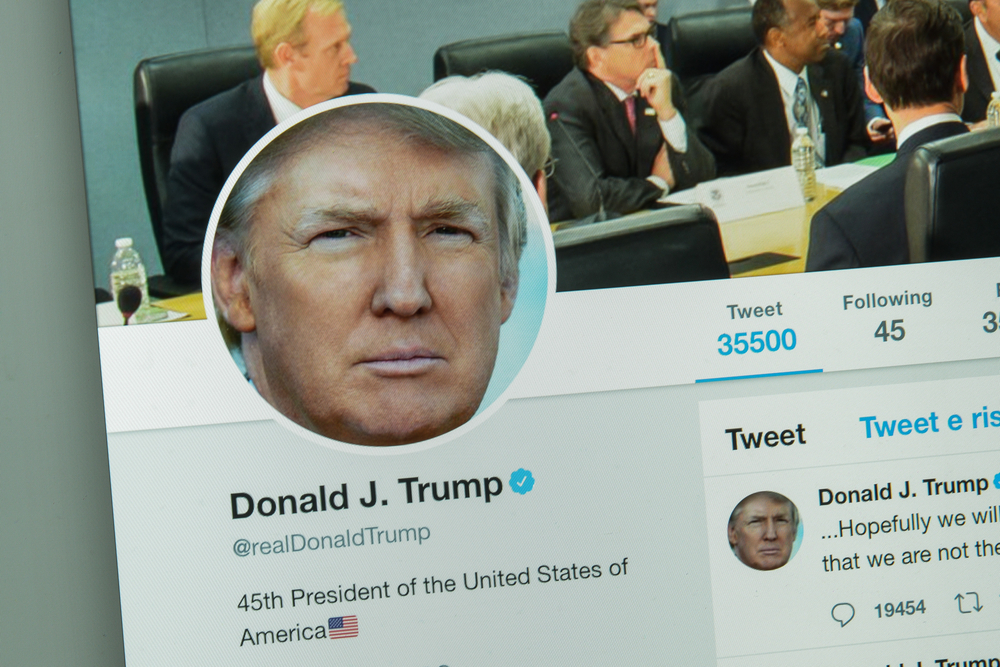 Report: Trump Is Readying an Executive Order to Roll Back Protections for Social Media Companies

Over the last few weeks, the calls for President Donald Trump to face some accountability for the barrage of misleading, false and downright bizarre statements coming from his Twitter account has reached a fever pitch. The cries were drawn into sharp relief on Tuesday, when the New York Times published a letter from Timothy Kausutis, who’d written Twitter CEO Jack Dorsey asking that they remove Trump’s false tweets about his late wife, Lori. Trump has repeatedly peddled a baseless conspiracy theory that Lori, who passed away from a heart condition in 2001, was killed by then-Rep. Joe Scarborough.

Twitter has not yet deleted those tweets but has used its new fact-checking feature that flags misleading information on its platform and pushes users to more reputable sources of information. The feature debuted earlier this month but hadn’t been used for any Trump tweets until Tuesday, when the President tweeted angrily about mail-in ballots, falsely labeling them fraudulent.

….living in the state, no matter who they are or how they got there, will get one. That will be followed up with professionals telling all of these people, many of whom have never even thought of voting before, how, and for whom, to vote. This will be a Rigged Election. No way!

The new flag leads users to places like CNN, The Washington Post and the Hill, highlighting reporting about the accuracy of mail-in ballot voting.

The President was unhappy about this development, tweeting that Twitter “is now interfering in the 2020 Presidential Election …They are saying my statement on Mail-In Ballots, which will lead to massive corruption and fraud, is incorrect, based on fact-checking by Fake News CNN and the Amazon Washington Post.”

Over the years, Twitter has been hesitant to police its content, preferring to let users themselves provide accountability. In the past, it has only rarely stepped in to take action, such as banning Alex Jones for spreading conspiracies about the Parkland shooting. Trump has run afoul its terms and conditions many times in the past, but Dorsey has not taken any actions against the President, saying the newsworthiness of Trump’s tweets gives him a special measure of freedom not enjoyed by other, run-of-the-mill Twitter trolls. But sources at Twitter told the Washington Post that some of Trump’s misinformation about the COVID-19 pandemic compelled the company to reconsider its laissez–faire attitude.

Report: Trump Is Readying an Executive Order to Roll Back Protections for Social Media Companies