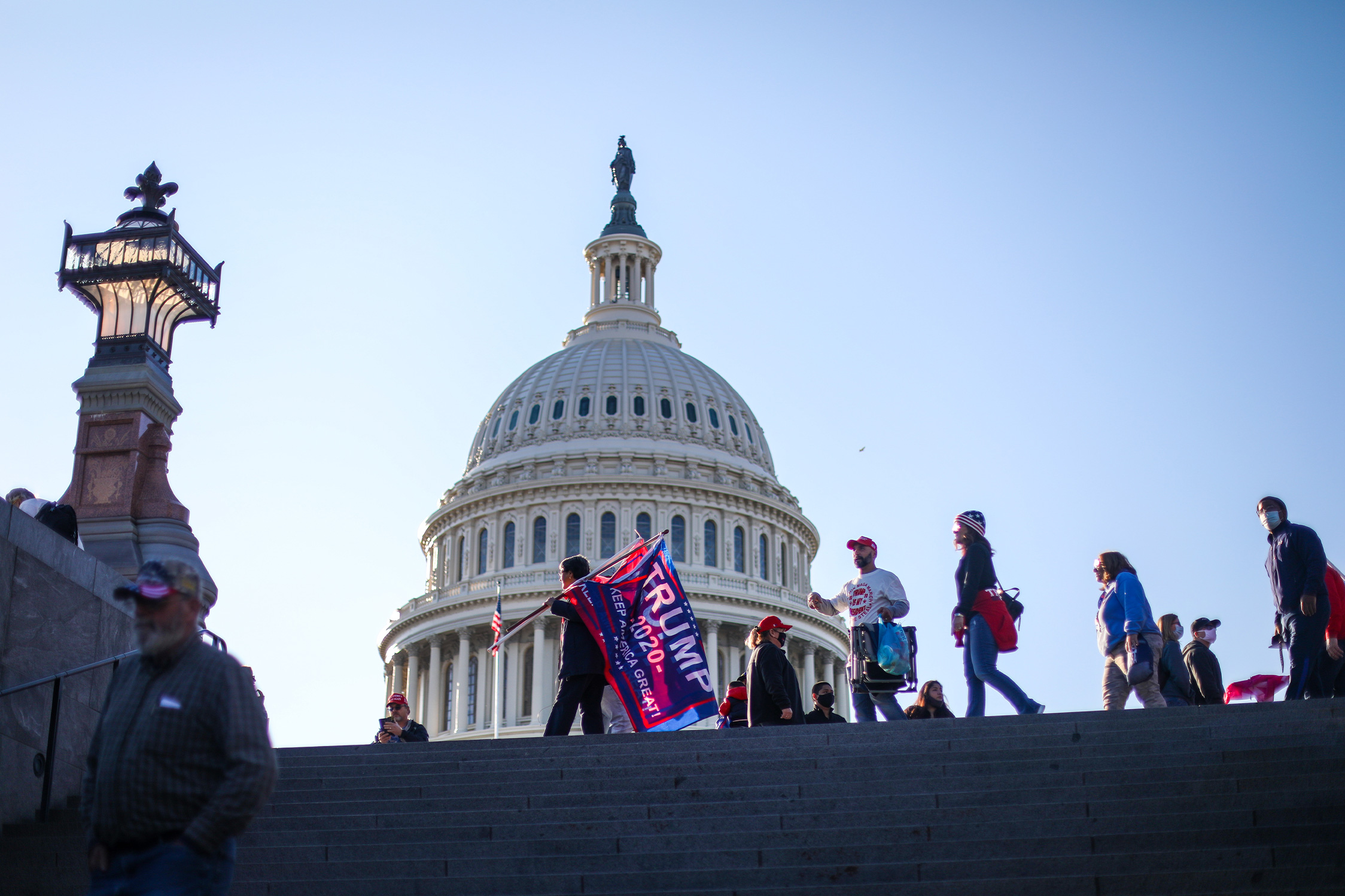 Watching a mob breach the U.S. Capitol in a violent show of opposition to the 2020 presidential election results, it was impossible not to notice the religious symbols amidst the throng. A giant wooden cross. A flag pledging allegiance both to Donald Trump and Jesus Christ. A Christian flag planted in an occupied Senate chamber.

What happened at our Capitol festered in our churches and was done in the name of our God. As Christians, we can’t stay silent. The time has long passed to rebuke and remove this cancer once and for all.

You know the stats by now – four out of five white evangelicals voted for Trump in 2016 and 2020. And he has delivered for that base, most notably through three anti-abortion, pro-religious liberty Supreme Court justices.

In the process, the President has turned skeptics into believers, and believers into cheerleaders. Southern Baptist Theological Seminary president Al Mohler went from declaring Trump “the Great Evangelical Embarrassment” in 2016, to voting for Trump in 2020, and vowing to support any Republican for the rest of his life.

Evangelical author and radio host Eric Metaxas laid out a reluctant case for voting for an “odious” Trump over a “deplorable” Hillary Clinton in 2016. Now, he’s an election truther, still proclaiming that God will deliver a second Trump term and hosting a “Jericho March” to “take America back.” He has already tweeted that the violence at the Capitol was staged by false flag Antifa infiltrators.

These evangelicals aren’t just voting for Trump; they advocate for him with all the trappings of their faith.

Mixing spirituality and civics isn’t new, of course. It creates a powerful social identity fusing the devotion of religion with the power games of politics. The result is supercharged partisanship, whereby our political victors stir our faith and our opponents are viewed as threats to the very core of what we hold dear.

“We dare not allow politics to define us as individuals if you’re a Jesus follower,” megachurch pastor Andy Stanley told The Atlantic after the November election, emphasizing the importance of applying a “faith filter” over our politics. But in civic matters, the political identity takes psychological primacy while faith is worn on a sleeve.

That can lead to some hefty moral relativism. The Southern Baptist Convention passed guidelines for the moral character of public officials in 1998 during the Bill Clinton sex scandal. Today, President Trump fails to meet every single criterion they set out, including the quite timely “Governing authorities are not themselves exempt from the rule of law and must submit to the nation’s statutes, rather than mocking them.” Nevertheless, Southern Baptists support Trump more than virtually any other subset of people – religious or otherwise – in America.

That’s moral relativism to justify political allegiance to the Republican candidate. If we’re being honest, we all engage in this to some extent. After all, there aren’t a lot of saints in politics.

The problem for the Church arises when that personal relativism remains associated with spiritual signifiers; when nose-holding “lesser of two evils” reluctance becomes faith-adjacent rallies, marches and all kinds of full-throated support for a distinctly immoral man. Or Christian Nationalism that leads people to declare their allegiance to Trump and Jesus in the same breath and plant a Christian flag in the building they just charged a police line to get into.

The political bargain our spiritual mentors are making is costing the Church a generation …or more. How is celebrating a serial adulterer not hypocritical to Millennials who came of age at the height of church purity culture? How is rejecting refugees (and vulgarly insulting their countries) not problematic to a pluralistic Generation Z ready to reach the nations?

How is championing a man who not only incites a riot leaving death and destruction in its wake, but then calls them “very special” “great patriots” going to speak the Gospel of Christ to anyone?

How could whatever political capital is left possibly still be worth it?

Southern Baptists lost more members in 2019 than they have in a century, attributing the drop primarily to a loss of young churchgoers. A quarter of young adults who leave their Protestant congregation cite the church’s stance on politics, according to Lifeway Research.

Dr. Dylan McLemore is an Assistant Professor in the School of Communication at the University of Central Arkansas. He studies media and partisanship, and is a lifelong resident of the Bible Belt. For more, visit dylanmclemore.com or follow him on Twitter @voiceofD.