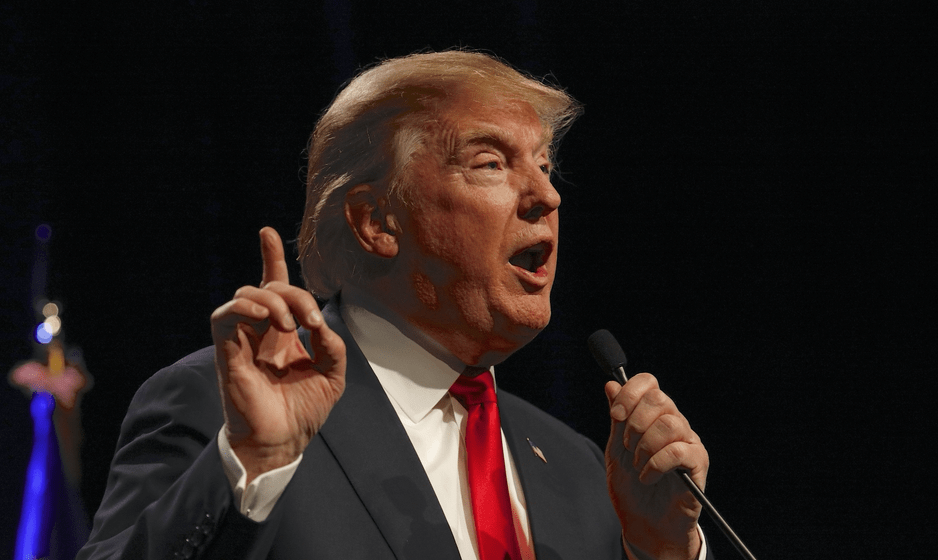 I hereby proclaim that the entry of nationals of Syria as refugees is detrimental to the interests of the United States and thus suspend any such entry until such time as I have determined that sufficient changes have been made to the USRAP to ensure that admission of Syrian refugees is consistent with the national interest … The Secretary o State shall suspend the U.S. Refugee Admissions Program (USRAP) for 120 days.

While signing it, he said:

I’m establishing new vetting measure to keep radical Islamic terrorists out of the United States of America. We don’t want them here. We want to make sure we are not admitting into our country the very threats our soldiers are fighting overseas … We only want to admit those into our country who will support our country and love — deeply — our people.

Trump insinuated to CBN News that favoritism would be shown to Christians:

He was asked, “Do you see them as a priority here?”

Though Christians around the world are being persecuted for their faith at never-before-seen numbers, the vast majority of victims of violence from ISIS extremist are Muslims. A 2011 State Department study found that, “Muslims suffered between 82 and 97 percent of terrorism-related fatalities over the past five years.”

Christian humanitarian advocates have been vocal in expressing opposition to the early version of the executive order, pointing to the already extremely thorough process in place to vet individuals fleeing violence and ISIS.

We disagree [with] the notion that security and compassion are mutually exclusive and that the only way to address security is to completely close down the program for four months … Our children and grandchildren may ask of us: ‘What did you know and what did you do in the worst humanitarian crisis in history? ‘Did you walk courageously and with compassion and with appropriate care for security, or did you simply close the doors?”

Holocaust Remembrance Reminds Us To Act

Syrian Family Turned Back at U.S. Airport; Order ‘May Have Just Given These Families a Death Sentence’