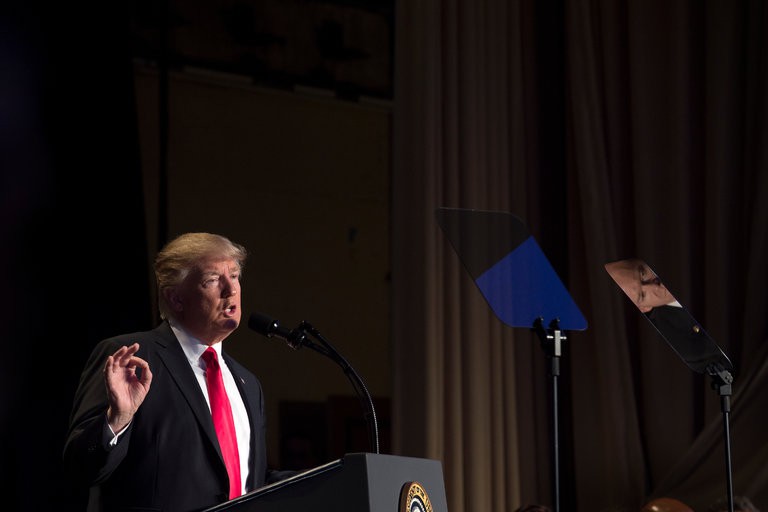 3 Signs of an Unhealthy Relationship

At today’s National Prayer Breakfast, among other things, Trump promised to “totally destroy” the law that keeps tax-exempt churches from making political commentary.

The law, called the Johnson Amendment, was enacted in 1954 and says that nonprofits, which includes churches, cannot participate in political campaigns for or against any candidates. That includes restricting ministers from endorsing candidates in sermons for fear of losing the tax-exempt status.

The law came through a Republican legislature and was signed by a Republican president—it wasn’t controversial at the time, but now many Republicans want to repeal it, and to cater to his base of religious conservatives, doing so would be in his best interest.

The argument is that the law violates free speech protections, but courts ruled against them historically.

Trump told the breakfast’s attendees: “I will get rid of and totally destroy the Johnson Amendment and allow our representatives of faith to speak freely and without fear of retribution.”

He went on to add that “freedom of religion is a sacred right, but it is under serious threat.”

“America is a nation of believers,” he told the crowd. “The quality of our lives is not defined by our material success, but by our spiritual success … I tell you that as someone who has had material success.”

Study: 60% of Homeless Shelter Beds Are Provided Through Faith-Based Organizations