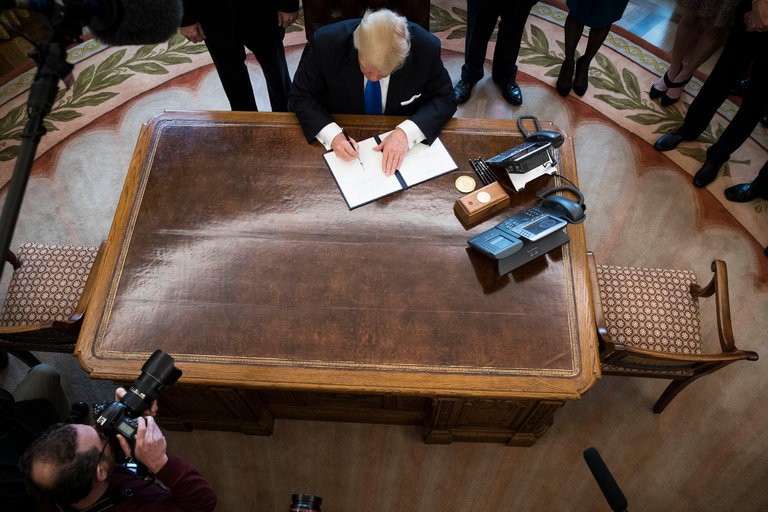 There’s a Difference Between Taking a Stand and ‘Causing Division’

In his fourth full day of office, Donald Trump has signed an executive order that would allow construction to continue on the Keystone and Dakota Access Pipeline—two things that former President Barack Obama halted over concerns that included climate change.

In 2015, Obama stopped the proposed thousand-mile pipeline citing that it would not be a good idea for America’s position of leadership in the global fight against climate change.

According to environmentalists, the pipeline, which stretches from Louisiana to Canada, would feature a method of extraction that would contribute more greenhouse gases to the environment than normal extraction.

“Keystone has never been a significant issue from an environmental point of view in substance, only in symbol,” said David Goldwyn, an energy market analyst and a former head of the State Department’s energy bureau in the Obama administration, told The New York Times. “One additional pipeline? It’s useful. It’s not indispensable.”

The Dakota Access Pipeline was brought to a halt by Obama recently, after several months of protest by Native Americans of the Standing Rock Sioux who argued that their sacred land was being disrupted by the pipeline and that a leak in the pipeline would threaten their drinking water.

The Army Corps of Engineers conceded that they would find alternate routes to build the pipeline, but that decision hangs in the balance with Trump’s executive order.

The full texts of the executive orders have not yet been made available.

There’s a Difference Between Taking a Stand and ‘Causing Division’