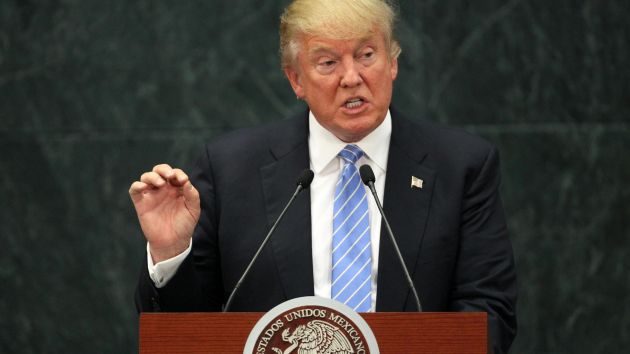 According to House Republicans, President-elect Donald Trump would prefer to build what he has referred to as the “Great Wall” between Mexico and the United States with taxpayer money through Congress. According to a report by CNN, Trump’s administration would send the wall through the appropriations process as early as April.

After CNN reported that Trump’s administration would ask taxpayers to pay for the wall, Trump got on Twitter to clarify his administration’s plan and blame the “dishonest news media” for falsely reporting it by leaving off the fact that Mexico would be paying back the money.

Congress paying for the wall would move from Trump’s repeated promises that Mexico would pay for the wall, though Mexico repeatedly said they definitely would not pay for it.

Chris Collins, the congressional liaison for the transition team, told CNN that Trump would be able to negotiate Trump Mexico paying the fees back:

When you understand that Mexico’s economy is dependent upon U.S. consumers, Donald Trump has all the cards he needs to play. … On the trade negotiation side, I don’t think it’s that difficult for Donald Trump to convince Mexico that it’s in their best interest to reimburse us for building the wall.

Asking Congress paying for the wall could lead to other problems within the federal government. Democrats could refuse to pass the spending budget with the inclusion of funds for the wall, which could potentially lead to a government shutdown.

Throughout his campaign Trump promised the wall would be made of concrete, steel and rebar and would be as high as ceilings, with a “big, beautiful door” for documented immigrants to walk through.

Experts have long said that the wall would be unrealistic and Trump himself has frequently vacillated, saying the wall would not be the entire border length or could even be a fence instead of a wall.

How Would Jesus Spend?