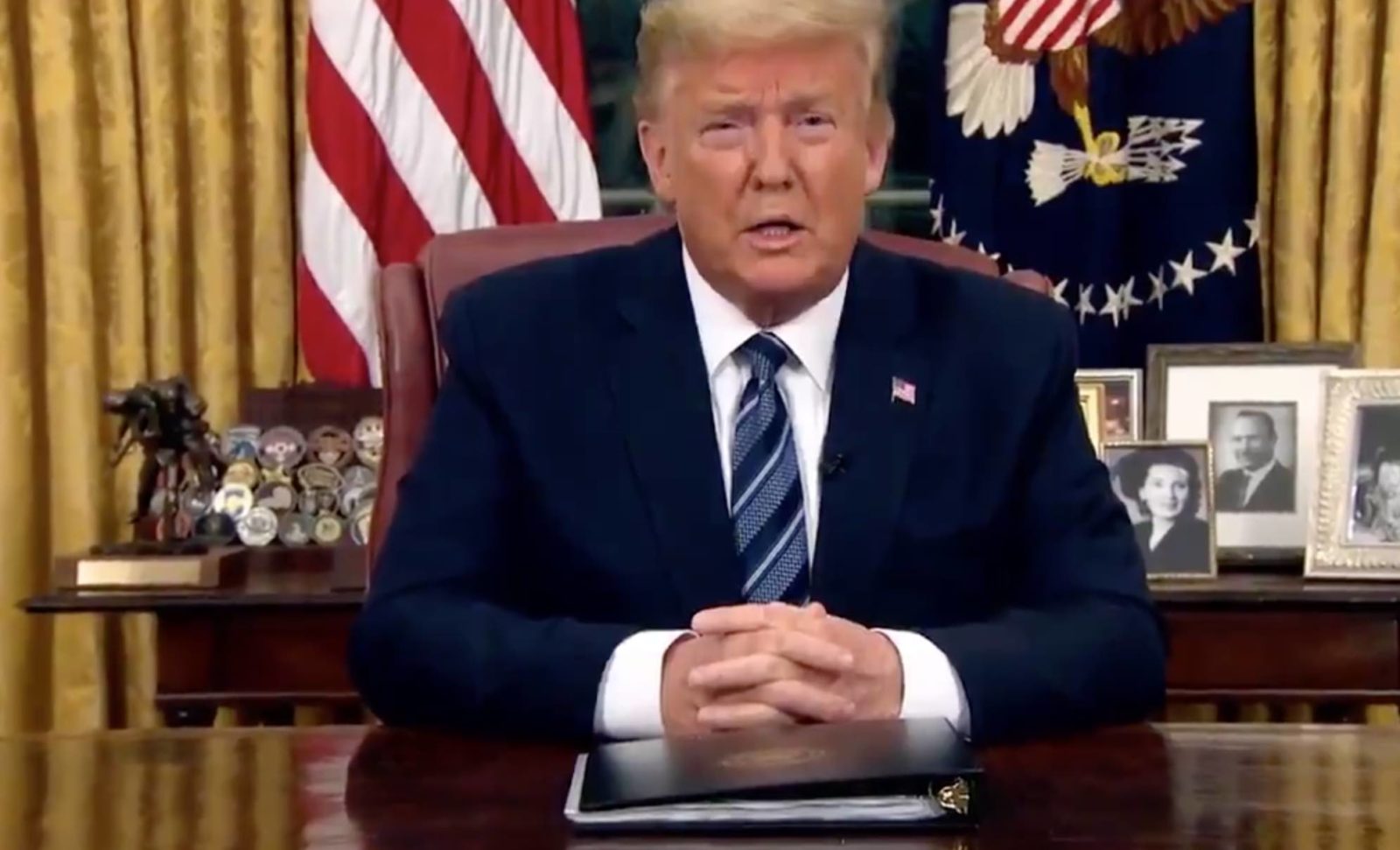 Last night, President Donald Trump addressed the American people from the Oval Office and announced that starting at midnight Friday, travel between most of Europe and the United States would be suspended for 30 days.

There was some initial confusion about what the measure would entail. Trump later took to Twitter to correct some details, explaining that it’s “Very important for all countries and businesses to know that trade will in no way be affected by the 30-day restriction on travel from Europe. The restriction stops people not goods.”

According to CNN, “officials said his plan did not apply to Americans or US permanent residents—though such travelers would face mandatory quarantines.” Travel to the United Kingdom is also exempt from the ban.

Though Trump claimed that health insurers “have agreed to waive all copayments for coronavirus treatments”, an American Health Insurance Plans spokesperson clarified that the copay would be waived “for testing. Not for treatment.”

This morning Vice President Pence told CNN, “Americans coming home will be funneled through thirteen different airports … Then we’re going to ask every American and legal resident returning to the United States to self-quarantine for fourteen days.”

The measure comes just two days after Trump took to Twitter to dismiss concerns about the outbreak, telling Americans, “So last year 37,000 Americans died from the common Flu. It averages between 27,000 and 70,000 per year. Nothing is shut down, life & the economy go on. At this moment there are 546 confirmed cases of CoronaVirus, with 22 deaths. Think about that!”

On Monday, he blamed, “the Fake News Media and their partner, the Democrat Party” for trying ‘to inflame the CoronaVirus situation, far beyond what the facts would warrant.”

The Fake News Media and their partner, the Democrat Party, is doing everything within its semi-considerable power (it used to be greater!) to inflame the CoronaVirus situation, far beyond what the facts would warrant. Surgeon General, “The risk is low to the average American.”

After last night’s address, the Presidents of the European Council and the European Commission released a statement explaining, “The European Union disapproves of the fact that the US decision to impose a travel ban was taken unilaterally and without consultation.”

This morning, Vice President Mike Pence was a guest on The Today Show and was pressed on why so few Americans have been tested for the coronavirus. He said that private lab companies must continue to increase the production of test kits. Compared to countries like South Korea, the US has tested relatively few citizens — earlier this week, the CDC estimated that the US had conducted about five tests per every million people, far behind countries like Japan (66 per million), Italy (826 per million) and South Korea (3,692 per million). US authorities refused tests from the World Health Organization back in February, opting to develop their own.

Where Did Jordan Peterson Go?