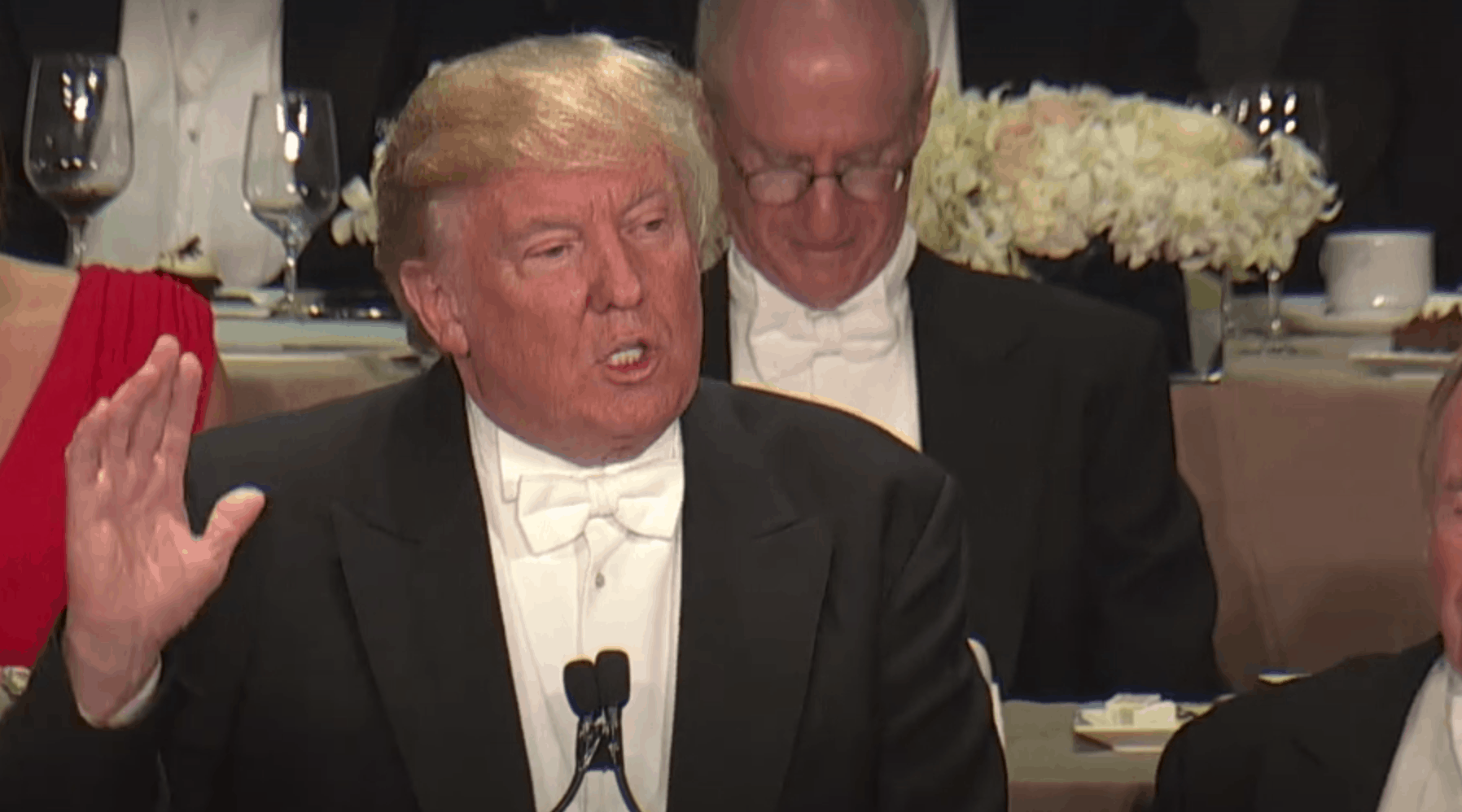 Last night, presidential candidates Donald Trump and Hillary Clinton both appeared at a large fundraising dinner supporting Catholic charities. Both candidates had turns at the mic during the Al Smith Dinner, using the opportunity to make fun of each other, themselves and even their spouses.

A lot of the one-liners were in good fun and showed a surprisingly playful side of the exchange (The New York Times collected some of the highlights below), though, many of the jokes were sharp-edged. At one point, Trump even got booed when he said Clinton was “so corrupt she got kicked off the Watergate Commission.” Later in his comments, he said Clinton was there “pretending not to hate Catholics.”

As Fox News pointed out, Clinton lobbed a few zingers at Trump as well, saying that when Trump “looks at the Statue of Liberty and sees a four. Maybe a `5′ if she loses the torch and tablet and changes her hair.” When she took the stage following Trump, she said, “after listening to your speech, I will also look forward to listening to Mike Pence deny that you ever said it.”