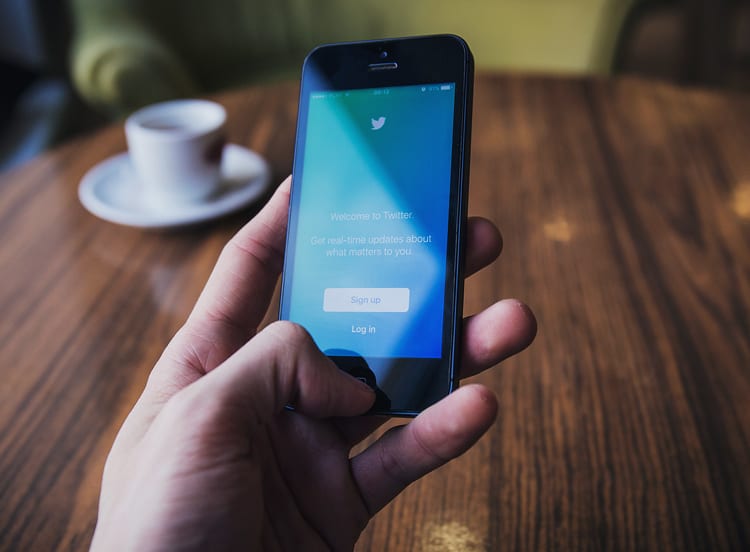 Some say laughter is contagious. But when it comes to cyberspace, the most easily transmitted reaction is anger, according to a 2013 study.

That probably doesn’t surprise you. If you’ve plodded around on Facebook or Twitter or have skimmed the comments section of online news articles, you’ve probably noticed that outrage has become ubiquitous on the web. And lately, this seems to be the preferred emotion of armchair activists—people who rage about injustice from their supple leather La-Z-boys.

Injustice should make us outraged, but it matters how we react to it. Responding by wishing AIDS on a person or punctuating a tweet with hashtags like #burn and #die hardly advances the work of justice. This kind of approach only fuels our “outrage economy” and turns the internet into an online battlefield, escalating already volatile issues and dividing people even further.

It’s not that social media is the enemy of justice. Facebook and Twitter can be used to quickly spread awareness of human rights abuses, raise the profile of charitable organizations and bring about fresh perspectives on social issues. But the same tool that can be used for good can also be used for harm. Especially if we’re using social media for the purpose of flipping injustice the middle finger, our influence will be limited at best.

It’s All About Us

Let’s be honest: Angry social media rants are ultimately about us, more than about a cause. It’s a quick and convenient way of blowing off steam while projecting our magnanimous desires onto a public platform—without having to get off the couch.

And we’re affirmed by it. Every retweet, “like” or “share” reinforces the illusion that we’ve done a little bit of good for the world. Even on a biochemical level, we’re rewarded with the release of dopamine and endorphins from perceiving we’ve done something altruistic—even if it was only a 140-character tirade about child hunger.

There lies one of the fundamental problems. Using Twitter as our podium is a great outlet for personal expression, but not meaningful impact.

In his article “Small Change: Why the Revolution Will Not Be Tweeted,”  Malcolm Gladwell asserts that “Facebook activism succeeds not by motivating people to make a real sacrifice but by motivating them to do the things that people do when they are not motivated enough to make a real sacrifice.” In other words, you don’t actually have to help someone, you just have to get angry and click something.

We call this slacktivism—and what a contrast it is from the strategic, organized activism that was the hallmark of the civil rights and suffrage movements. Instead of expressing our indignation in constructive ways, we assemble a semi-intelligent thought about the U.S. travel ban or hit “like” on the odd post from Amnesty International and leave it at that. Millions of us will share charitable campaign posts, yet only a slim percentage will actually donate. But as UNICEF bluntly phrases it in this video, “Likes don’t save lives. Money does.”

Of course, there’s still the argument that social media is a mechanism for awareness and education. And there’s certainly merit in that. However, a recent study shows how “morally outraged tweets” tend to stay within like-minded networks. So your enraged tweet about gun control is likely going to be consumed by people who already agree with you and isn’t likely to inform or challenge those outside your ideological sphere.

While there is often a good underlying reason our anger, setting the internet ablaze with fits of fury rarely precipitates meaningful change. The online attack of Brock Turner didn’t give him a longer sentence for raping an unconscious woman. Jodie Marsh’s tweeted appeal to “bring back the death penalty and hang” the Manchester bombers this spring didn’t bring justice or healing to anyone.

Angry tweets can do a lot of things, but they can’t accomplish what “real-world activism” can, which is addressing the root cause of injustice. Your irate social media diatribe isn’t curbing police brutalities or eliminating white supremacy or bringing back our girls. And it trivializes the arduous labor of people who work at the front lines of social issues, often for little or no pay.

It Obscures the Process

Social media leaves little room for nuance. There isn’t the space to unpack the heaviness, so we oversimplify complex issues and leap to misguided conclusions. We consume a lot of fake news and take opinion as fact. Worst of all, we speak on behalf of other people based on misinformed assumptions of their needs.

In my own experience of intervening in human trafficking, I’ve learned the hard way that seeking justice is as much about the process as the outcome. It requires the sacrifice of time and energy, the practice of patience and faith and a commitment to sticking around for the long haul. Most of all, it cannot be sought without inclusive conversations and consultation with all stakeholders, where the paternalistic barrier of the “helper” and “helped” is dismantled.

But this kind of process is not only difficult—if not impossible—to coordinate via social media, it’s not rewarding enough. We want the immediate gratification of sending out a fuming tweet about child exploitation rather than investing years in comprehensively addressing it.

It Doesn’t Keep You Going

Anger has its place. It can propel us into action, but it isn’t a healthy source to draw our energy from over time. Anger drains us, not sustains us.

What does sustain us are relationships. Real, authentic, in-the-flesh relationships with people who can provide a more productive and empathetic sounding board than the Twitterverse. People who encourage us when we feel burdened by the pain of others and disillusioned with the world. People who can help channel our angry energy into mindful, strategic, solutions-focused efforts and gently admonish us when our pride gets in the way.

Justice is not something to be achieved from a virtual soapbox. It is something that’s sought by a community of people. The kind of people who, in the words of Martin Luther King Jr, do not “rest content with the superficial kind of social analysis that deals merely with effects and does not grapple with underlying causes.”

Thank goodness he didn’t limit himself to 140 characters.

Inmates In Tennessee Offered Reduced Sentences If They Get a Vasectomy

When God Is Good to Everyone But You