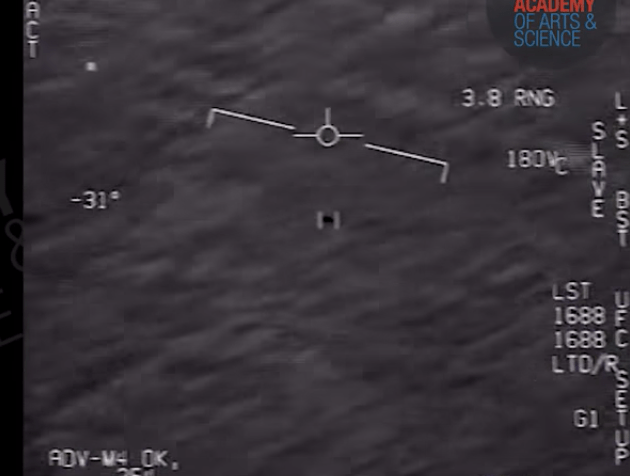 Since leaving the band Blink-182, Tom Delonge has dedicated much of his time to “To the Stars Academy of Arts & Science,” a group whose mission it is to expose what they believe is the truth about aliens and UFOs.

A few months ago, his group got a major boost in credibility when The New York Times exposed a Pentagon program to investigate UFOs and released a military video of a very strange looking flying object.

Thanks in part to Delonge’s group, government ties to a company called Bigelow Aerospace was also revealed. And they are apparently up to some pretty weird stuff:

The company modified buildings in Las Vegas for the storage of metal alloys and other materials that Mr. Elizondo and program contractors said had been recovered from unidentified aerial phenomena. In addition, researchers also studied people who said that they had experienced physical effects from encounters with the objects and examined them for physiological changes.

Delonge’s group works closely with the former Deputy Assistant Secretary of Defense for Intelligence Chris Mellon. In a piece in The Washington Post, he discussed the videos (the government’s reluctance to further investigate them), saying,

The videos, along with observations by pilots and radar operators, appear to provide evidence of the existence of aircraft far superior to anything possessed by the United States or its allies … Is it possible that America has been technologically leap-frogged by Russia or China? Or, as many people wondered after the videos were first published by the New York Times in December, might they be evidence of some alien civilization? Unfortunately, we have no idea, because we aren’t even seeking answers.

Well, this is all terrifying.

Why Are Christian ‘Family’ Groups Trying to Block a Child Marriage Law?