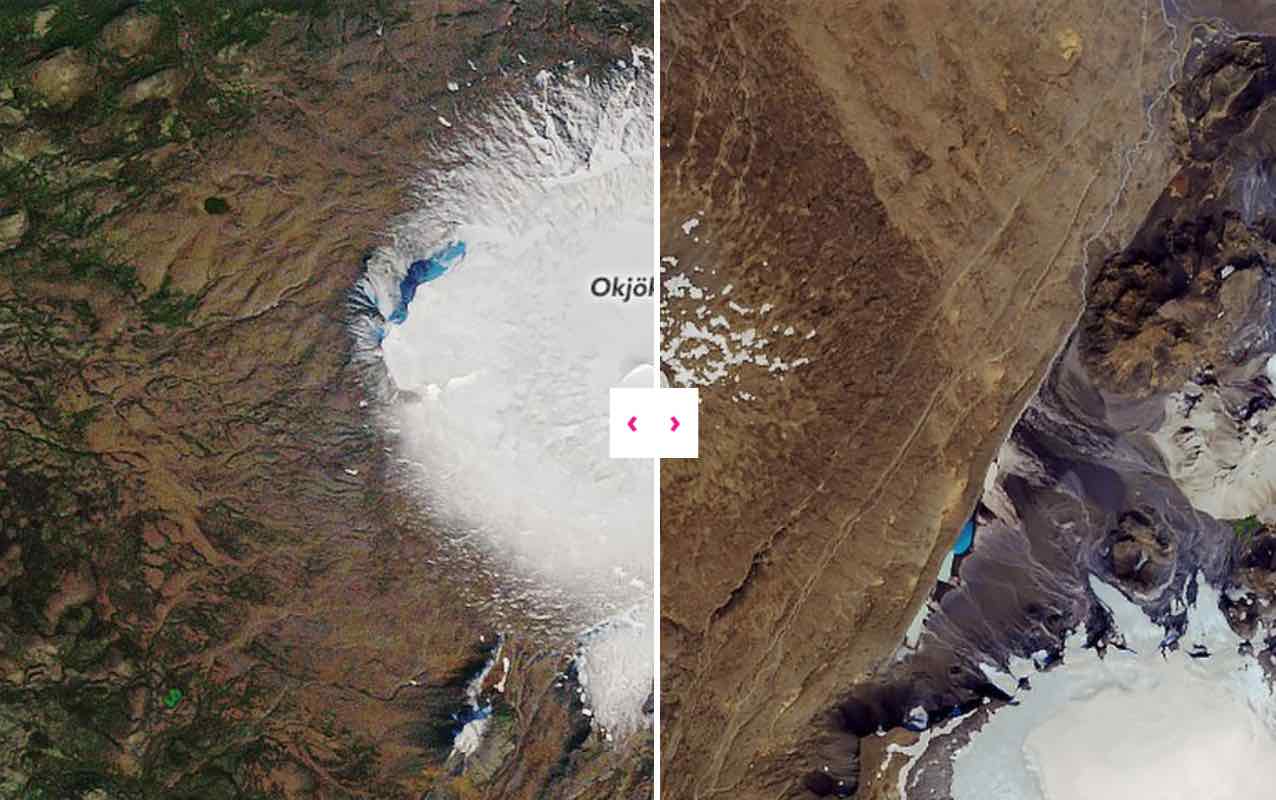 NASA has released a time-lapse photo that shows the realities of climate change.

Iceland’s Okjökull glacier was an iconic location, but in 2014 was declared “dead.” The clip below shows it disappearing between 1986 and this year.

On August 18, 2019, scientists will be among those who gather for a memorial atop Ok volcano in west-central #Iceland. The deceased being remembered is Okjökull—a once-iconic #glacier that was declared dead in 2014. https://t.co/IbwDha54cB #NASA #Landsat pic.twitter.com/pSFD08UohO

A team of geologists will hike to the area next week to leave a memorial plaque where the glacier once stood.

Oddur Sigurðsson of the Icelandic Meteorological Office told Mashable that he’s documented 56 of the 300 smaller glaciers in northern Iceland disappearing. Okjökull was the largest.