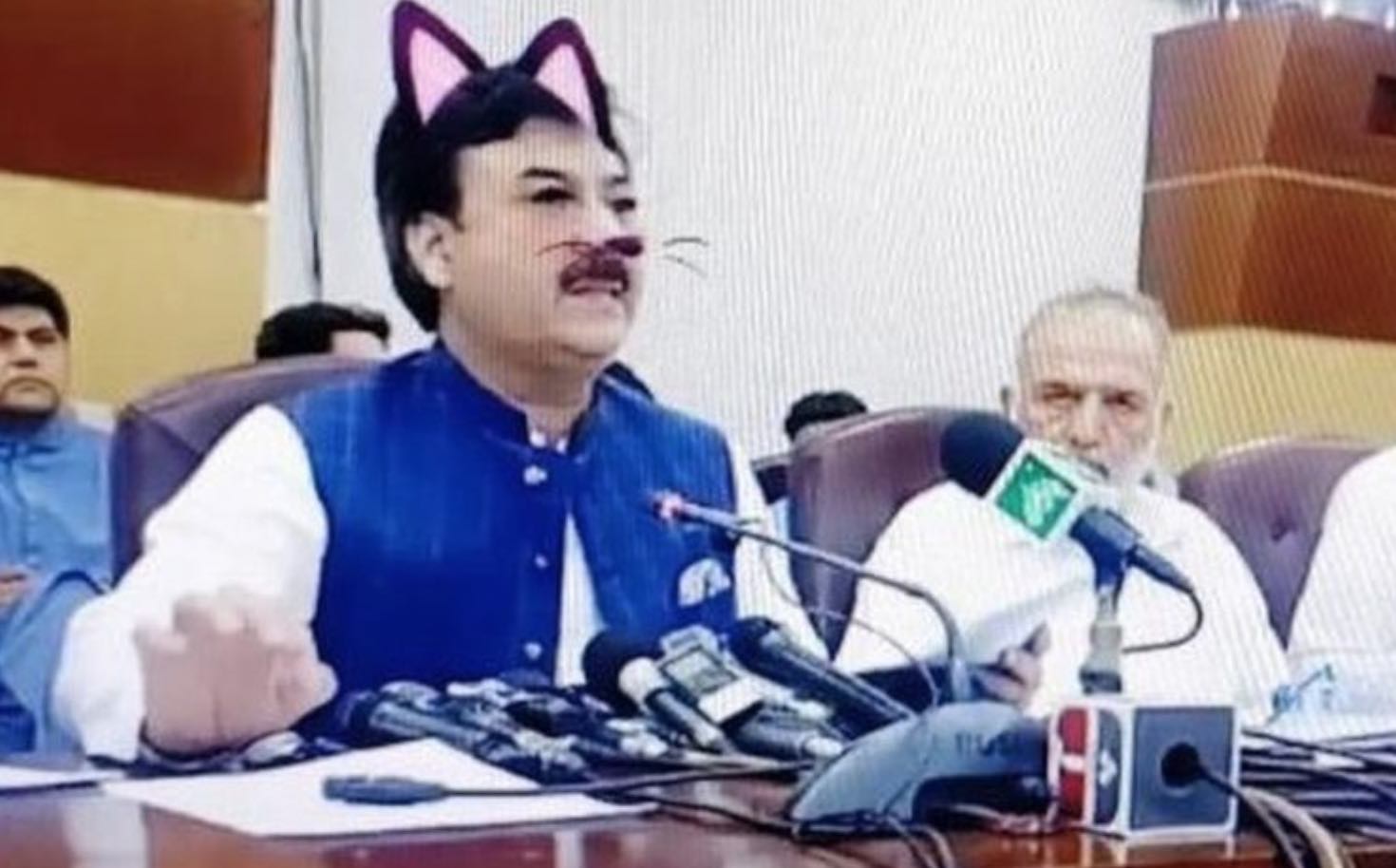 A politician in Pakistan was addressing reporters in a press conference that was being streamed live on Facebook.

Unfortunately for Shaukat Ali Yousafzai though, someone accidentally turned on a hilariously adorable cat filter.

The video was deleted, but not after screenshots were captured. Yousafzai later told AFP News ”I wasn’t the only one—two officials sitting along me were also hit by the cat filter.”

In a statement, his political party, which was responsible for the stream, said “All necessary actions have been taken to avoid such [hilariously adorable]* incidents in future.”

*We added that, but we assume it was just lost in translation.

Before You Just Quit, Ask These Questions