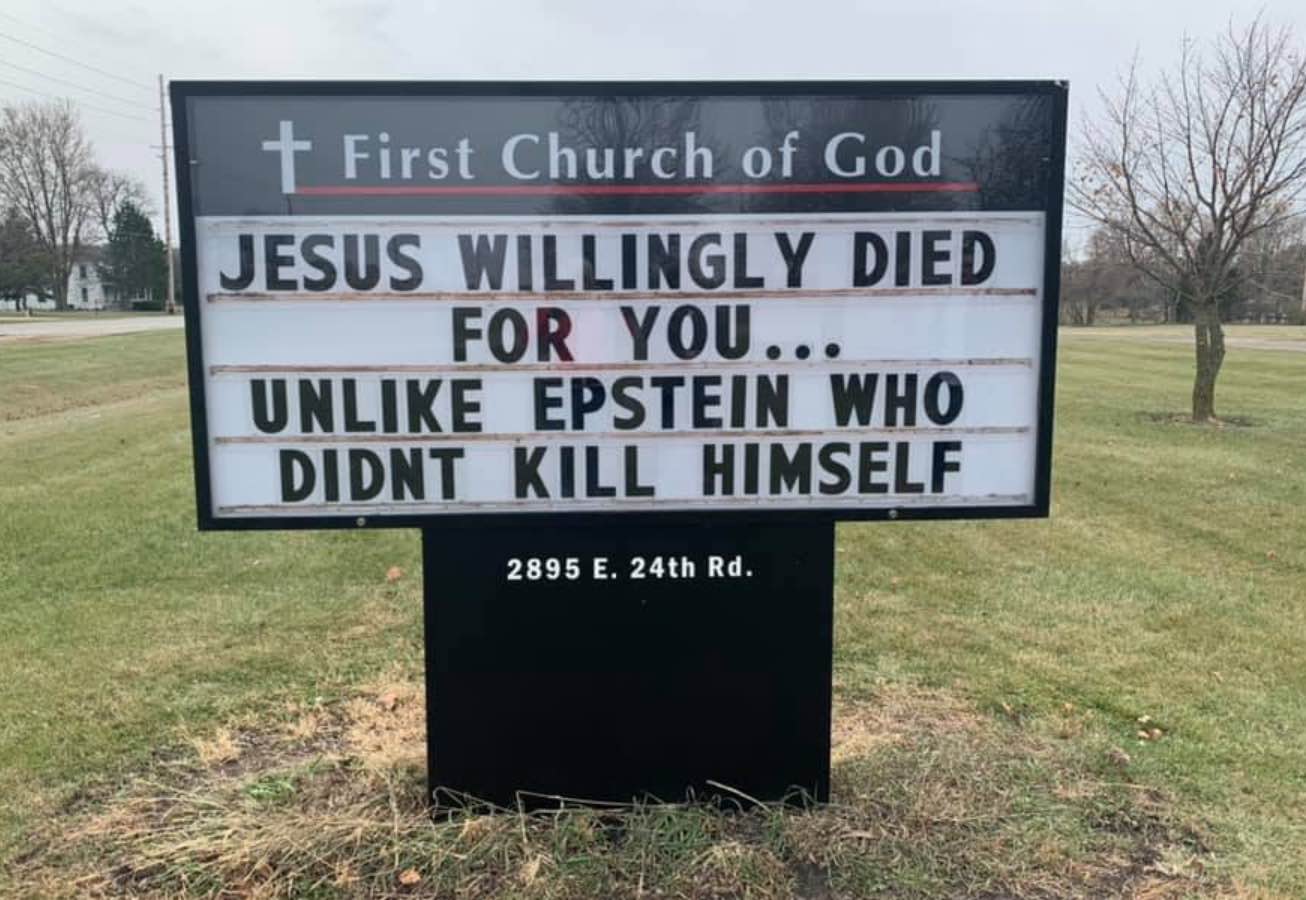 Church signs occupy a weird place in modern culture. Though the marquees outside of churches are mainly meant to inform passers-by of service times and events, they frequently contain inspirational messages and even some good-natured jokes.

However, the sign in front of First Church of God Marseilles in Illinois is getting national attention and is causing some controversy. It reads “Jesus willingly died for you … unlike Epstein who didn’t kill himself.”

The sign is a reference to a meme, where internet users start a statement or post on a random topic, but then add “Epstein didn’t kill himself”, making it a bait-and-switch commentary about a conspiracy theory. Jeffrey Epstein was a well-connected multi-millionaire who authorities say died by suicide while in jail on charges of sex trafficking minors. Because of the strange circumstances surrounding his death (the FBI is investigating if a “criminal enterprise” was involved), the meme has become a not-so-tongue-in-cheek reference to conspiracy theories.

The church’s pastor told MyWebTimes.com that the sign was just “tagging off the meme” adding, “It gave us a chance to expose people to Jesus and who he is, getting people to ask questions.”

But, though they say it is just a joke, considering the context of the meme, it seems to be in pretty poor taste. This is, after all, a “joke” about a sex offender who preyed on children and died a violent death. The comparison of Epstein’s death to the crucifixion in an effort to get a laugh and get “people to ask questions” seems tacky, at best.

Why Did Taylor Swift Get Basically Shut Out at the Grammys?