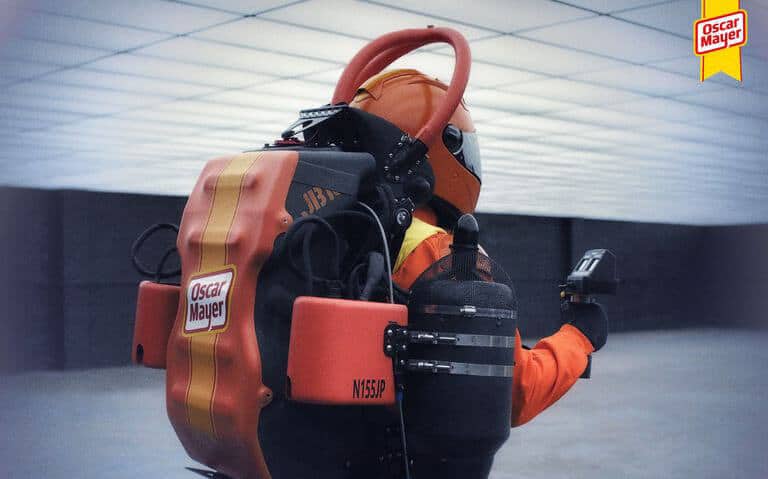 This is going to sound like we’re lying, but no joke, Oscar Mayer is adding a jet pack to its fleet of wiener-distributing technology. This summer, hot dogs will fall from the sky. It’s like a biblical plague but easier to joke about. (h/t Delish)

Let’s rewind: Oscar Mayer makes hot dogs. They have new chicken dogs and pork dogs coming out, and as part of the promotion campaign, they’re deploying their typical fleet of hot dog delivering vehicles, including the Wienermobile, the Wienermini, the Wienerdrone and the Wienercycle (it’s like a moped, but a wiener—it all makes sense). Also, this time, they’re deploying an on-brand jet pack. It’s really quite simple.

Do we have a name for this costumed hero? Is he the Super Wiener (nope)? The Masked Man of Mustard (eh)? What about the “Ketchupinator” (strike three)? We’ll keep thinking.

Watch: Steve Carell Is Going for an Oscar in ‘Welcome to Marwen’