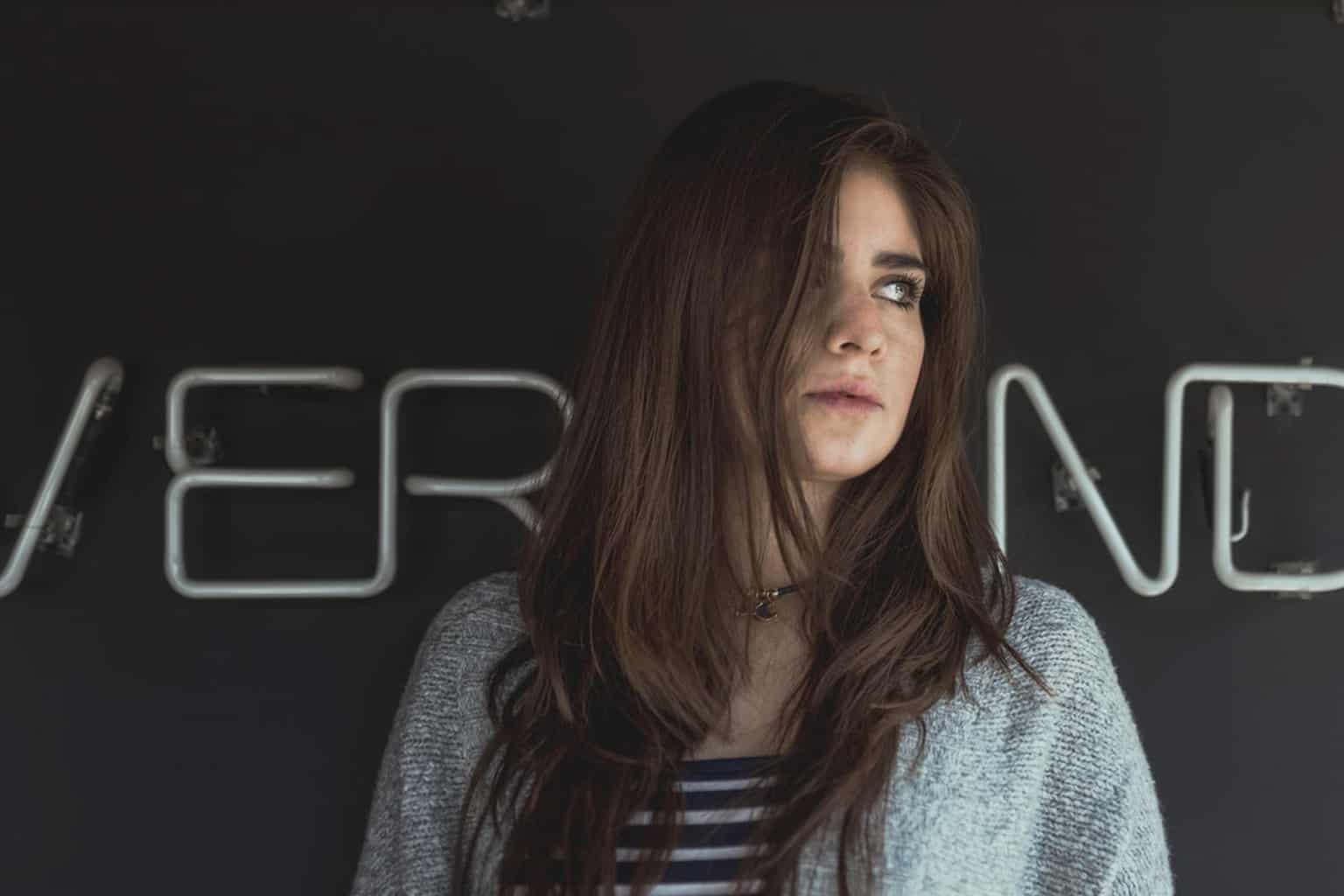 My wife gets asked this question all the time. Most of the time, she turns to me and says, “Scott, what’s it like to be a lawyer’s husband?!”

I’m sure being my wife has influenced the way she experiences church and relates to God. I meet many people who are surprised when I share the ways being a lawyer’s husband influences the way I pastor my church, relate to people and follow Jesus.

One of those ways involves abuse.

The Education I Got When I Married a Domestic Violence Prosecutor

I’m not just a lawyer’s husband; I’m a prosecutor’s husband. My wife began prosecuting over a decade ago. Most of that time she specialized in domestic violence cases. Around the dinner table, we discussed her cases and I got an education.

I learned about the victim cycle. My wife taught me that, on average, it takes 35 instances of abuse for a female victim to file a report with law enforcement. I heard her frustration each time a victim recanted or when a defendant attempted to intimidate a victim, their family, and other witnesses.

I not only got an education in the world of domestic violence but sexual crimes too.

Through my wife’s friendships with sex crimes prosecutors, I learned that one in six women has been the victim of an attempted or successful sexual assault. I also learned two-thirds of all sexual assaults go unreported. Many churches are grossly unprepared to protect the minors in their care or respond positively when abuse happened.

When Pastors and Church Leaders Come to Court

I’ll never forget the day a pastor showed up in my wife’s courtroom to ask for leniency for a defendant during sentencing. This pastor had not known the man before the crime occurred, only since the man began attending his church (just a matter of months). Apparently, a few months of church attendance undid the severity of his crime.

In a meeting of her division of domestic violence prosecutors the following week, she was asked how she felt about this, specifically as a pastor’s wife. She told her colleagues she’d never seen a pastor come to a sentencing to speak on behalf of the victim.

Her colleagues agreed—they’d never seen a pastor come on behalf of the victim either. These domestic violence prosecutors represented over 100 years of trial experience! In the minds of these attorneys, pastors were naive and easily manipulated.

We Are Not Where We Need to Be

In preparing this article, I spoke with a sex crimes prosecutor with over 20 years of experience, listening to story after story of church misconduct around abuse or sexual assault.

She told me about a defendant who was arrested after standing on his porch pleasuring himself while leering at junior-high-aged girls. At sentencing, he gave the court a letter, written on his church’s letterhead by a pastor, who wrote about this volunteer’s great work at Vacation Bible School.

In another case, over 100 people from a church showed up at the parole hearing of a sexual offender. These supporters came from the church where he had been a youth choir director, stating he could watch their kids any time, despite the fact that he raped his victim in their sanctuary at the foot of the cross.

In multiple instances, pastors spoke at sentencing, citing the salvation of the now-convicted offenders as grounds for more lenient sentencing.

This prosecutor reflected on her experience watching victims respond to these words from their spiritual shepherds. “I cannot tell you how devastating a spiritual injury is on top of the psychological injury. It is very hard to overcome.”

An Avalanche of Abuse and Harassment

I started reflecting on my experience recently as the avalanche of sexual misconduct hit politics, media and the arts. The experiences of women (and men) who’ve been abused, violated and intimidated made me want to vomit. I’m so grateful for the prosecutors, detectives, victim advocates and care providers who are serving these victims.

But this cultural crisis is not limited to those in the entertainment industry or political sphere. There is a major abuse problem in the church, too. Far too many evangelical churches have been the context for abuse and domestic violence. In a denomination where I used to pastor, one pastor was given a standing ovation when he admitted forcing himself on a student, while a seminary president was given a cushy retirement after failing to defend an abused woman and encouraging a rape victim to remain quiet. Another pastor I know and admired was fired by his board after a history of sexual misconduct with minors was uncovered from two previous churches.

The Failure of Churches in the Face of Abuse

As my wife and her colleagues repeatedly witnessed, many churches and pastors consistently showed greater concern for rehabilitating and redeeming perpetrators than caring for victims.

In my experience, church leaders more quickly believe the accused than they take seriously the accusations of victims. Pastors and churches often shame victims for the ways and times in which they come forward, too.

In the words of the sex crimes prosecutor mentioned above, “I do not have a problem with churches supporting those accused of a crime—even a sex crime. What I have a problem with is that they often do it at the expense of the victim by minimizing (or even denying) the act.”

How church leaders handle the reporting of abuse or harassment in one case today determines if other cases will be brought to light in the future.

It bears noting that there is a potential for false accusation. Some church leaders have  lost their jobs because of an individual’s vendetta or smear campaign. I know that my pastoral ministry could be undone with even one accusation (even if the accusation is uncorroborated or later unsubstantiated).

However, in a country where 3 million children are the victims of abuse each year and at a time when 33 percent of women have been sexually harassed at work, those occurrences pale in comparison. The bigger problem is the Church’s poor response to abuse.

The Church needs to develop a reputation of being a refuge for the abused, protecting those who’ve been violated. Church attendees need to know that church leaders will stand by them if they leave an abusive relationship, instead of merely asking them to look beyond the abuse and forgive. We need to care for all those who call our churches home, even if that means serving those who commit a crime and those who were victims of that crime.

Grace is available to all, but grace doesn’t erase consequences. I live in this weird space because I’m a pastor and the husband of a prosecutor. I dream of the day when prosecutors like my wife and those throughout the legal field see the Church as the defenders of the weak and violated. As she consistently reminds me, we worship a God who is both mercy and justice.

How Can The Change Begin?

So, what can churches do in response?

We can begin by admitting we’re not where we should be and repenting.

Churches can put policies and plans in place for responding to future accusations. Taking every accusation seriously, churches can address these situations directly and swiftly.

Churches must refuse the temptation to investigate internally. I know far too many stories of churches who attempted to investigate an accusation internally, only causing greater trauma, making law enforcement’s job even more difficult, and enabling someone to continue abusing.

Each state has different mandatory reporting laws, but churches must engage local law enforcement who are trained and equipped to investigate accusations. Elder boards acting like arm-chair investigators do far more harm than good.

Followers of Jesus must refuse the temptation to shame victims for the time and method of their disclosures. Victims often repress memories, shame themselves and rationalize away what happened. These responses can take years or decades to be undone, often through the help of a counselor or a crisis like a national avalanche of stories like the #MeToo or #ChurchToo movements.

Pastors can commit to not playing favorites. We should cautiously consider public moments of connection with the accused, which can communicate preference.

Bottom line: There is no room for naïveté or ignorance in the body of Christ. Jesus called his followers to be wise as serpents and harmless as doves.

Our reputation should be as protectors of the powerless, not ignorant defenders of the offenders.