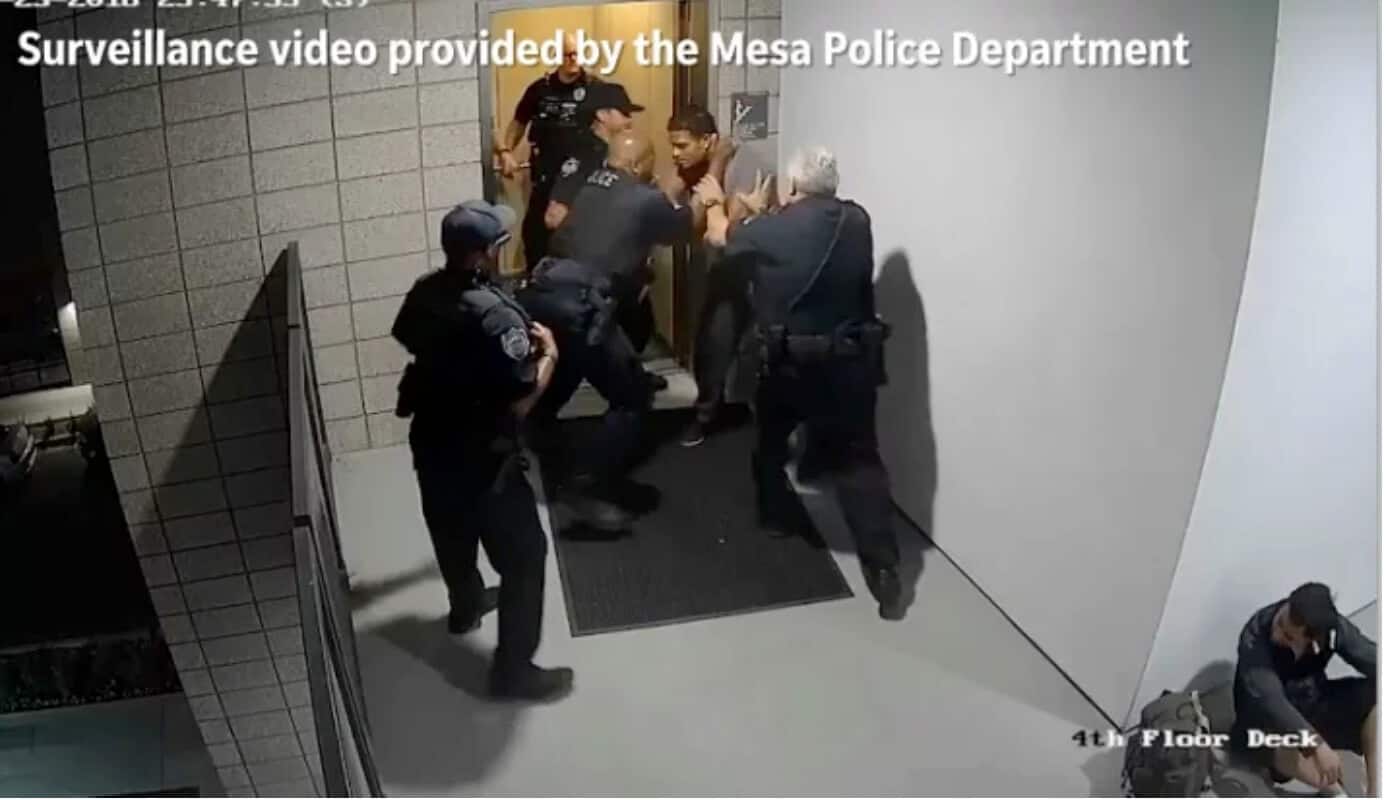 A police chief in Arizona has placed four officers on leave after a disturbing surveillance video surfaced showing them surrounding and violently beating a black man to the ground (h/t Buzzfeed).

A “community member” sent the footage to Mesa Police Chief Ramon Batista, who said that the officers “were not at their best” and deemed force on the man–identified as Robert Johnson–was unnecessary.

The footage shows Johnson leaning against a rail in his apartment building just before being approached and frisked by officers for weapons. When no weapons were found, Johnson was instructed to sit against the wall.

Four officers then begin to shove him, grab at his clothing and punch him until he falls to the ground. They drag him and handcuff him.

Batista told news outlets that he intends to institute policy changes to prevent incidents like this from happening again. The officers have been put on administrative leave while the incident is being investigated.

RELEVANT News: How Apple Wants to Help You Kick Your iPhone Addiction