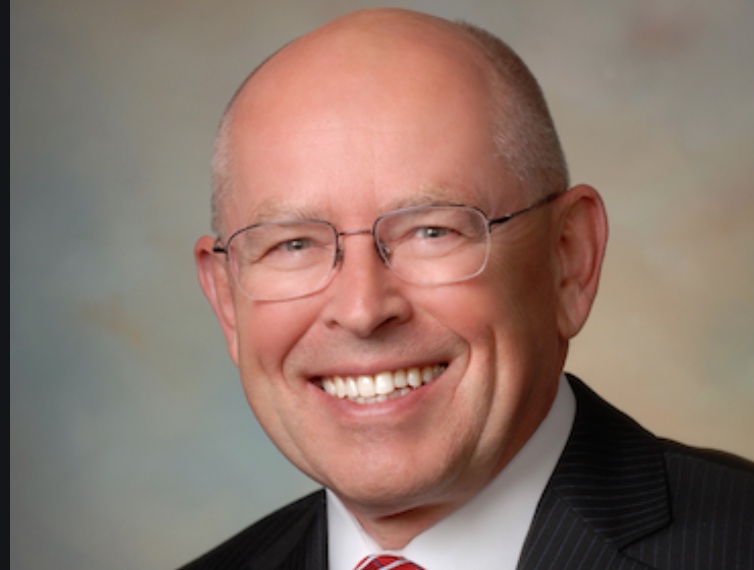 As he explains in the piece he “has taught ethics as a professor at the college and graduate school level for 42 years, and as the author of a major textbook on Christian ethics and another widely-used book on the relationship between politics and the Bible.” He was also  the general editor of the ESV Study Bible and co-founded the Council on Biblical Manhood and Womanhood.

In his piece, Grudem identifies six reasons that Galli says Pres. Trump should be removed from office. Much of the piece focuses on the legal technicalities and constitutionality of the president’s dealings with Ukraine, though, these arguments are essentially undermined when Grudem concedes, “Regarding the Constitution, I claim no specialized expertise or legal knowledge. Like Galli himself, on this point I write as an interested citizen, not a legal expert.”

However, the piece takes an interesting turn when he pivots from the nuances of the Ukrainian investigation to a discussion of Trump’s character. Galli, in his piece, said many Christian leaders “brush off Mr. Trump’s immoral words and behavior.”

Grudem notes that before the election in 2016, he himself wrote this: “I cannot commend Trump’s moral character, and I strongly urge him to withdraw from the election. His vulgar comments in 2005 about his sexual aggression and assaults against women were morally evil and revealed pride in conduct that violates God’s command, ‘You shall not commit adultery’ (Exodus 20:14) … His conduct was hateful in God’s eyes and I urge him to repent and call out to God for forgiveness, and to seek forgiveness from those he harmed. God intends that men honor and respect women, not abuse them as sexual objects.”

So, what changed? Nothing, other than Trump completely ignoring Grudem and staying in the race.

Though much of the rest of the piece is spent essentially defending Trump’s tweets, hires and actions while in office, Grudem says this about the 2016 election: “But Trump did not withdraw, and I voted for him anyway, because in the end I thought he would make a far better president than Hillary Clinton.”

Literally days after “strongly” urging him to withdraw because of comments regarding “sexual aggression and assaults against women” that “were morally evil and revealed pride in conduct”, Grudem—who has taught extensively on ethics—cast his vote for Trump.

After writing about all of what he sees as the administration’s accomplishments, Grudem writes, “What is the alternative to President Trump? The current Democratic candidates are proposing much higher taxes, significantly more regulations, no border wall, reduced defense spending, protecting abortion rights up to the very moment of birth, compelling Christian businesses and parachurch organizations to affirm same-sex marriage and approval of transgender sexual identity, imposing massive restrictions on coal and oil, a wealth tax, Medicare for All (which brings us government-run healthcare), and a general movement toward a kind of socialism in which more and more businesses and industries are placed under government control.”

All of those policies are subject to civil debate and discussion and Christians can maintain different views on them (though, each could be an article itself), however, Grudem is creating a false dichotomy by asking “What is the alternative to President Trump?” and suggesting it is only “the current Democratic candidates.” But, if Trump is removed from office, the results of an election aren’t “overturned” (as Grudem says). Mike Pence becomes president, not Hillary Clinton. Leaders can still be held accountable here.

Ultimately, to Grudem, this isn’t about morals; it’s about politics. For him—and many evangelicals and non-evangelicals alike—politics is a zero-sum game. In reality though, things are far more nuanced than that. Voters don’t have to be either pro-Trump or pro-Democratic candidate. (Or, fill in the blank with whatever two powerful political forces you like.)

In a democracy, voting isn’t always about choosing the “lesser” of two evils as many suggest. Yes, every candidate and party are flawed, but why should we settle for any evil? Why can’t Christians reject actions that conflict with the teachings of Christ instead of compromising those values in favor of political power? If they are so passionate about change, why not form a third party or even use their voting influence to insure candidates that brag about sexual assault aren’t elected in the first place?

In closing, Grudem writes, “I prefer freedom. I agree with our Declaration of Independence that liberty is an ‘unalienable right’ that has been bestowed on us by our Creator. I’ll vote again for Trump.”

If asked, literally every other candidate would likely say they agree with those things. But that isn’t what Galli was writing about. Galli takes issue with Trump’s hostile speech, frequently documented lies and his dealings with foreign leaders. Ultimately though, as Galli writes, evangelical support of these actions (by voting and publicly supporting Trump) will “crash down on the reputation of evangelical religion and on the world’s understanding of the gospel.” That’s his concern. That is his main point. Grudem is worried about “freedom”, but for Galli the stakes are much higher: our own integrity and credibility as preachers of the Gospel of Jesus Christ.