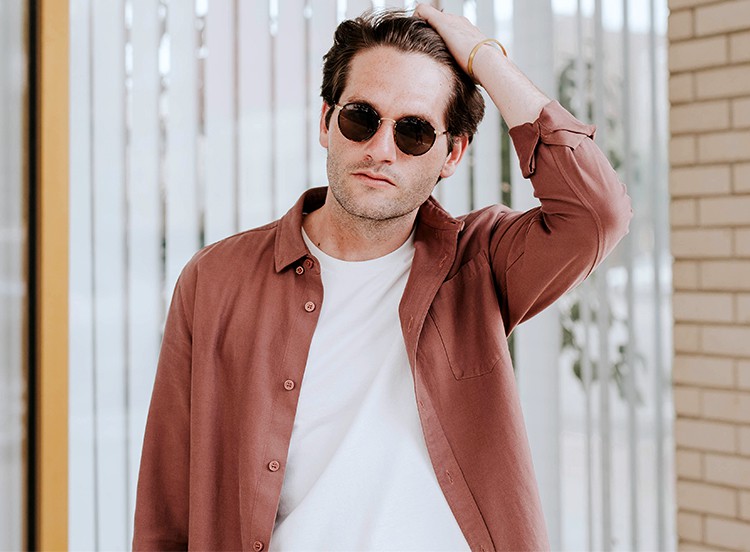 I remember when the internet came to your house on a disk and you connected to it with a phone line. It was amazing. Click a page, wait 10 minutes. Then you could see an online PDF.

Now, if we have to wait 15 seconds for an ad to watch a HD movie we act like our lives are wasting away. The world has changed, considerably. New discoveries change it every day.

What’s interesting to me is not that the world changes but how people respond to a world that is always changing. All my life I’ve been heard people say things like: “Back in the good ol’ days,” “What is the world coming to?” Life changes. That’s the nature of it.

It seems that when the world changes many like to complain about how it’s getting worse. Every generation, every presidential election, the doom and gloomers come out to remind us of the golden age that their childhood has come and gone.

It’s easy to get lost in the rapid transitions of popular culture. I used to be the cool kid with the newest phone. Now, I don’t even understand how to snap a chat or why periscope is so interesting. Every generation is different. My parents grew up walking to school in the snow, barefoot, uphill both ways. Their parents grew up working in factories. Pretty sure the parents before them grew up in the Little House on the Prairie. My generation grew up with outdoors and technology. The generation after mine is growing up on smartphones and tablets. The “norm” of each generation looks different than the one that came before it.

What’s troubling is when we complain about the world or convince others that it’s falling apart just because it looks different than it did when we were kids. I hear people say all the time that our country is falling apart. That sin is increasing and the world is getting worse.

We can all agree the world isn’t perfect. Today’s society has some significant issues: terrorism, racism, mass shootings, human trafficking, addiction and that’s barely the tip of the iceberg. We see it in every newspaper, magazine and every time we turn on the television. Sin is everywhere. It’s like every time we turn around we see verification of Romans 3:10-12:

“None is righteous, no, not one; no one understands; no one seeks for God. All have turned aside; together they have become worthless; no one does good, not even one.”

But before we go all Chicken Little and declare the sky is falling let’s consider two things:

1. Technology hasn’t made the world worse.

It’s made us aware of what was already there. Twenty-thirty years ago, if it didn’t happen in our community, or wasn’t something like going to war, you’d probably never hear about it. We wouldn’t see video of an earthquake in Haiti or a tsunami in Japan. Now, we hear stories of the depravity of man from all over the world all the time. It’s not that these incidents are so much more common today than they were 20 years ago, it’s that technology and media have made us much more aware of them. Technology has made the world we know much smaller. A century ago traveling across an ocean would take months and came with great peril. Now, we can go anywhere in the world in a day.

2. The world isn’t getting worse.

It’s getting different. Let’s be clear: The doom and gloom about changes in the world around us is little more than a lack of historical understanding. I’ve heard people getting all upset because divorce rates, homosexuality or America being less religious than it was supposedly founded to be. Read the part of the story that came before you. Women originally weren’t able to vote or take care of themselves without a man.

It used to be legal—even expected—that we’d treat someone differently based on the color of their skin. Neither of those issues are close to resolved today, but it wasn’t that long ago that we weren’t even trying to fix them.

The more we talk about the ever-increasing sin in the world the more we reveal our lack of historical understanding. Let’s take it back to Jesus’ day, and the world the Church was born into. It was not uncommon for Roman men to have three women in their lives: the first was a wife to produce a legal heir. He probably didn’t care much for her. She existed to provide a noble child to carry on his line.

He also had an escort who he would take to parties and fancy events. She was proverbial arm candy. Her job was to look good and to be fun. The third woman was a prostitute who was used solely for sex. At the time, they didn’t even consider it adultery. Sex was a biological need, like eating. Seeing a prostitute was like having dinner. A lot of Roman men would also have a young boy that they mentored. Part of that relationship was sex. That was common and acceptable social practice.

Here’s where I think the problem comes in: For generations, religion was a dominant power in society and politics. Depraved behaviors were shunned not because people loved God so sincerely but because that’s what you were supposed to do. The same issues existed. The difference is today the sins that used to be shunned are now celebrated.

I know the Bible verses that talk about the last days and how things will get worse. We can have a Bible quote battle but it’s not productive. Nor is it a reason to ignore this point: Life changes. Society changes. Culture changes. We have a choice, adapt with it or become irrelevant to it. Within the Church there seems to be this idea that in order to be faithful and true to the Word of God, which never changes, that we ourselves can’t change. If that’s true, why did Paul use different tactics to advance the Gospel in different areas of the world? The message of the Gospel never changes. But our methods must.

We can complain about the changes in the world around us or we can see the opportunity in them. By and large, people aren’t faking being something they aren’t anymore. If they don’t want to follow God they aren’t as likely to pretend to be a good choir boy. That means we get to see the reality of their heart in a way that allows us to respond to it. We can see more clearly where people are, and thus have a greater opportunity to know who needs the gospel and how to share it.

Think of it like this: We used to hide our sins more.

Now, we broadcast them. Which means we don’t need to spend as much time with a shovel digging into people’s lives before we can see where the Gospel needs to work. The fact that we live in a world that no longer feels the need to hide their sin is not an indication that the world has gotten worse, it’s a reminder that the work of the mission of Jesus is not yet complete.

The beauty of the world we live in is that people are sick of masks. They are sick of faking it. We are in an unparalleled place in history where people wear their sin on their sleeves. I understand why that seems bad, but honestly, it means we don’t have to be mind-readers to see where the Gospel needs to work. The less people fake it, the more effectively we can speak into the areas of their lives that need the transformation of God. That’s a good thing.

There are probably two groups reading this article: The first are the complainers. My hope is that this helps change your perspective on how you view the world. Rather than complaining about it, we can look for opportunities to change it. The second, are those who, like me, are tired of hearing how great things used to be by those who came before us. Bad news, guys: In 10 years, re-read this article, because you’ll probably have graduated from the cheerleaders of it to the culprits.

Tyler Edwards is a pastor, author, and husband. He currently works as the Discipleship Pastor of Carolina Forest Community Church in Myrtle Beach, South Carolina. He is passionate about introducing people to and helping them grow in the Gospel. He is the author of Zombie Church: breathing life back into the body of Christ. You can find more of his work on Facebook or you can follow him on Twitter @tedwardsccc.

‘Ozark’ Is a Dark Show About Looking for Redemption