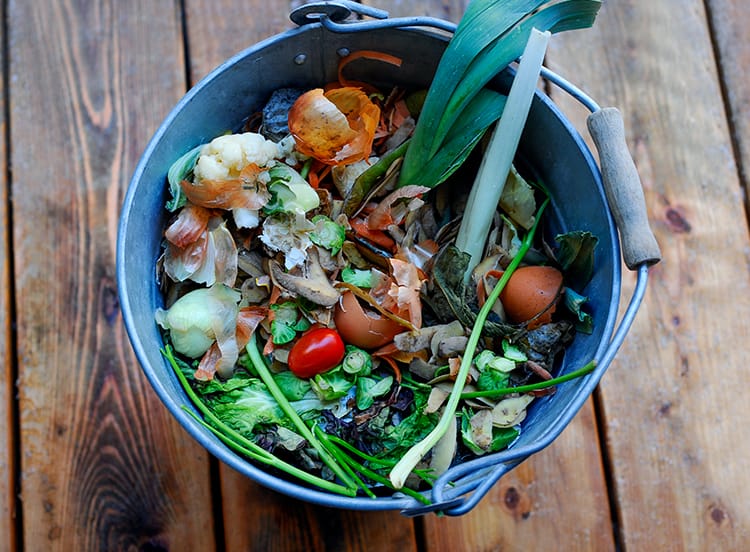 When they had all had enough to eat, he said to his disciples, “Gather the pieces that are left over. Let nothing be wasted.”—John 6:12

I was driving down a backcountry road in September with an older Dutch woman from my church. We passed a field of apple trees littered with rotting apples that had fallen to the ground. My companion had a very visceral reaction.

“Pastor, my grandfather was a farmer in Holland,” she said. “He always taught us that wasting food was an evil sin. How do you feel about that?”

At the time, I didn’t know what to say. Like most Christians, I tended to think of sin as willful acts of disobedience. Apples fall off apple trees and rot on the ground. That’s just how it goes. In fact, that’s how trees reproduce.

But as I was recently reading John’s gospel, I was struck by this conversation again. After Jesus feeds the 5,000, he commands the disciples to gather all the food together so none would be wasted. It struck me that this food production was a miraculous act. Why worry about what was left? Jesus could recreate this miracle any time he chose, but that didn’t make this miraculous food any less important to him.

The Food We Waste

Did you know that the United States wastes half of its food supply? In fact, organic waste is the second largest component of landfills in the U.S. (and a huge contributor to greenhouse gases).

If you ask most people, they’ll tell you that they’re against wasting food. So why do we waste so much of it? In the 1960s, Americans wasted 12.2 million tons of food—by 2012, that number had ballooned to 35 million tons.

One of the big contributors to this problem is the American aversion to anything that’s not aesthetically appealing. We’d rather buy an apple covered wax to seal in its perfect appearance than buy an organic apple that appears imperfect. Farmers are forced to cull a percentage of their harvest purely because of imperfections in a fruit or vegetable’s appearance. An NRDC report showed that in California post-harvest culling, 30 percent of plums and pears were thrown out based on their appearance alone.

After farmers cull their produce, grocery stores remove more produce that is not attractive enough for their shoppers. Doug Rauch, the former president of Trader Joe’s, told The Atlantic, “Grocery stores routinely trash produce for being the wrong shape or containing minor blemishes.”

A 2016 survey by the Harvard Food Law and Policy Clinic revealed that more than a third of respondents threw out food that wasn’t used by the sell-by or best-by dates, and 84 percent admitted to doing so periodically. The sad thing about expiration dates is that they’re seldom a reflection of food safety. In fact, once food passes its peak quality, it’s considered past its date. Why? Because expiration dates are about protecting a brand, not the consumer.

It’s estimated that the average household loses upwards of $475 each year due to trashing food after its expiration date.

As a culture, it would be ideal for us to look at our whole system of food production, sales and consumption to discover areas where changes could be made. Small changes to farm subsidies could have a dramatic effect on the supply side, making dramatic, positive changes in the national and international food systems. But because there’s big money to be made on subsidies, the likelihood for changes there are grim.

But there are things we, as consumers, can do to reduce the amount of food we waste:

The Miracle of Food

Jesus commanded the disciples to pick up the leftover food after he miraculously fed 5,000 people. It didn’t matter that the food was provided supernaturally—because, in truth, all food is a miraculous gift from God. And as long as there are people who don’t have enough, wasting food is a form of moral bankruptcy.

This article was adapted from jaysondbradley.com. Used with permission.