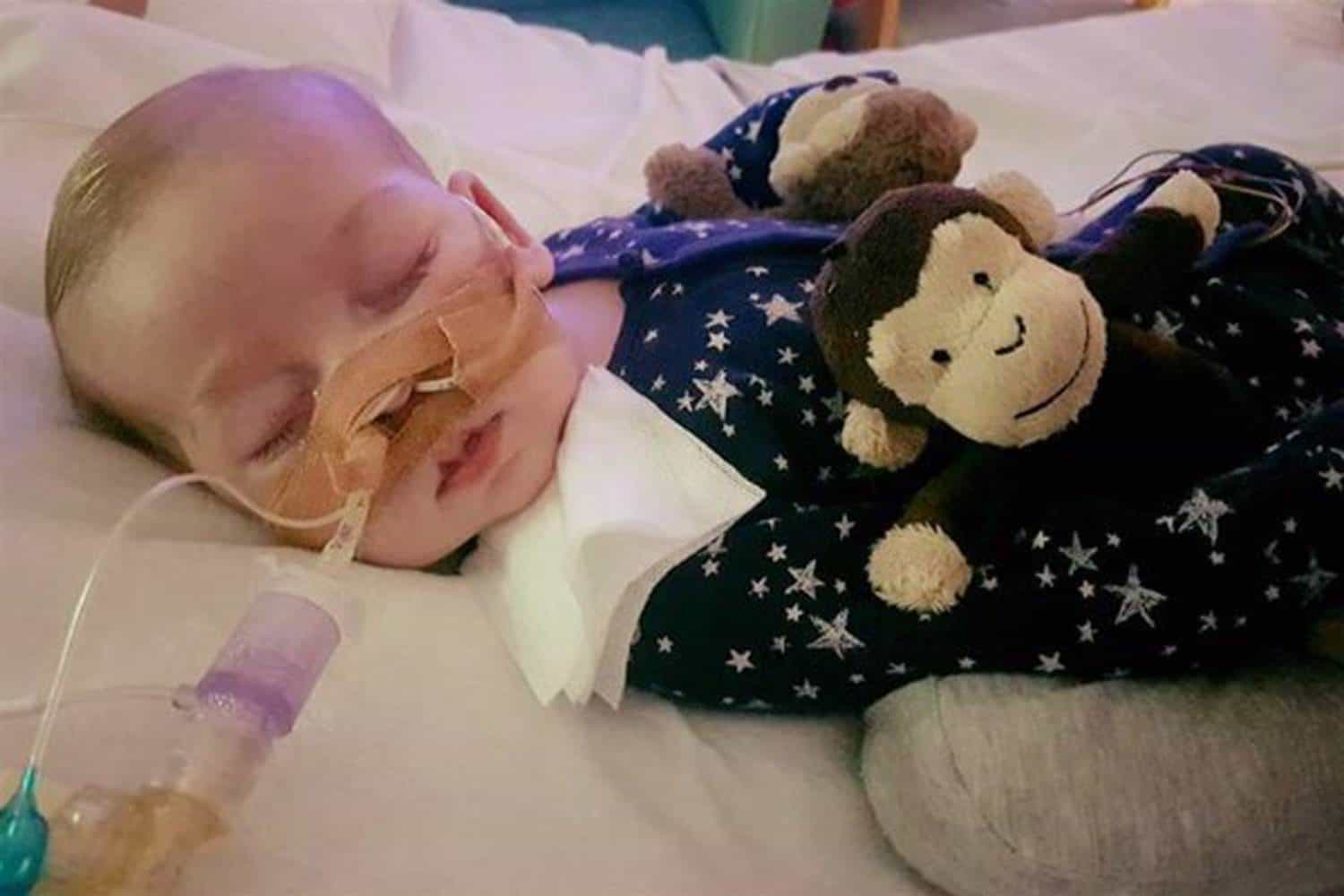 An enormously complex, very sad ethics case is building around the life of one tiny, sick baby living in the UK. The baby’s name is Charlie Gard, he’s 10 months old, he’s on life support and he is now at the center of what’s turning into an international situation.

Charlie was born with a rare genetics mitochondrial disease called “MDDS,” and he can’t move his arms and legs. His condition is considered terminal. His parents, Chris and Connie, have raised $1.8 million to bring Charlie to the U.S. for expensive, highly experimental therapy in a last ditch attempt to save Charlie’s young life.

And that’s where things get complicated.

Three British courts have ruled that further treatment would only increase Charlie’s pain and suffering, and could even cause “significant harm” and told the Gards that Charlie should instead be moved to palliative care. In other words, he should be put somewhere where he can be kept safe and comfortable as possible until the disease runs its course and Charlie dies.

But US medical specialists disagree with the British courts’ rulings, saying that their proposed therapy wouldn’t worsen Charlie’s condition.

According to at least one hospital, it’s standard procedure to turn to the courts when hospitals and parents disagree over a child’s treatment.

The case has drawn international opinions. Pope Francis weighed in, saying that he was following the case with “affection and emotion” and said he hoped “that [Charlie’s parents’] desire to accompany and care for their own child to the end is not ignored.” President Donald Trump tweeted that the US would be “delighted” to help the Gards, if it was possible.

Exactly what will happen remains to be seen.

5 Reasons to Not Give Up on Church