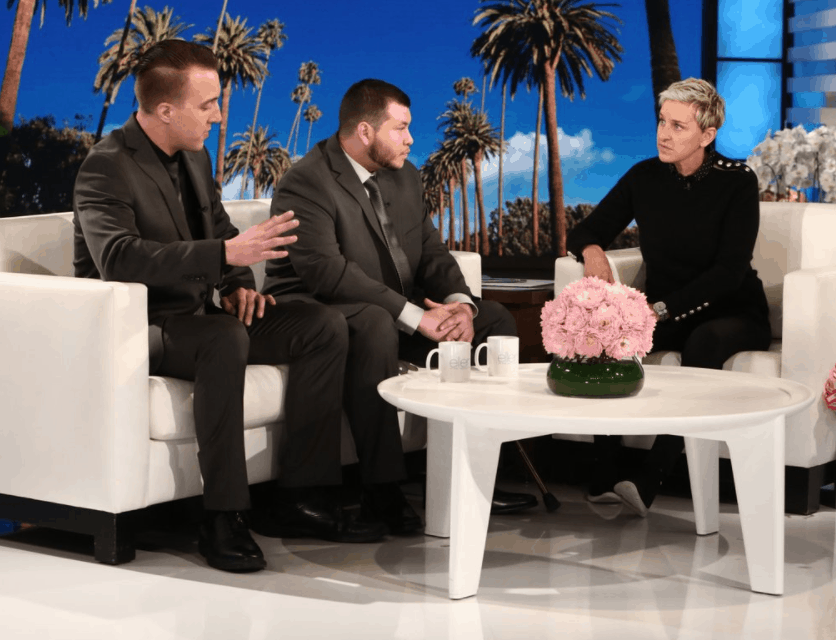 Jesus Campos was working as an unarmed security guard at the Mandalay Bay Resort and Casino when Stephen Paddock opened fire on a massive crowd on Oct. 1. The mass shooting killed 58 people and wounded hundreds of others.

His actions on the evening of the shooting were heroic: Campos went to the 32nd floor of the hotel to check on an open door, where he was shot in the leg by Paddock. Though he was wounded, he was able to take cover and use his radio to call for help.

In the days following the shooting, authorities’ timeline of when they reached the room has changed by a few minutes, the details of Campos’s story matches that of authorities since the beginning.

Following the shooting, Campos backed out of several interviews and didn’t contact union leaders, leading some conspiracy theorists to suggest that he had disappeared. However, Ellen says that Campos didn’t want to relive the events of that evening in interviews.

Report: Two House Church Leaders and a Toddler Were Arrested in China For Worshipping in a Park