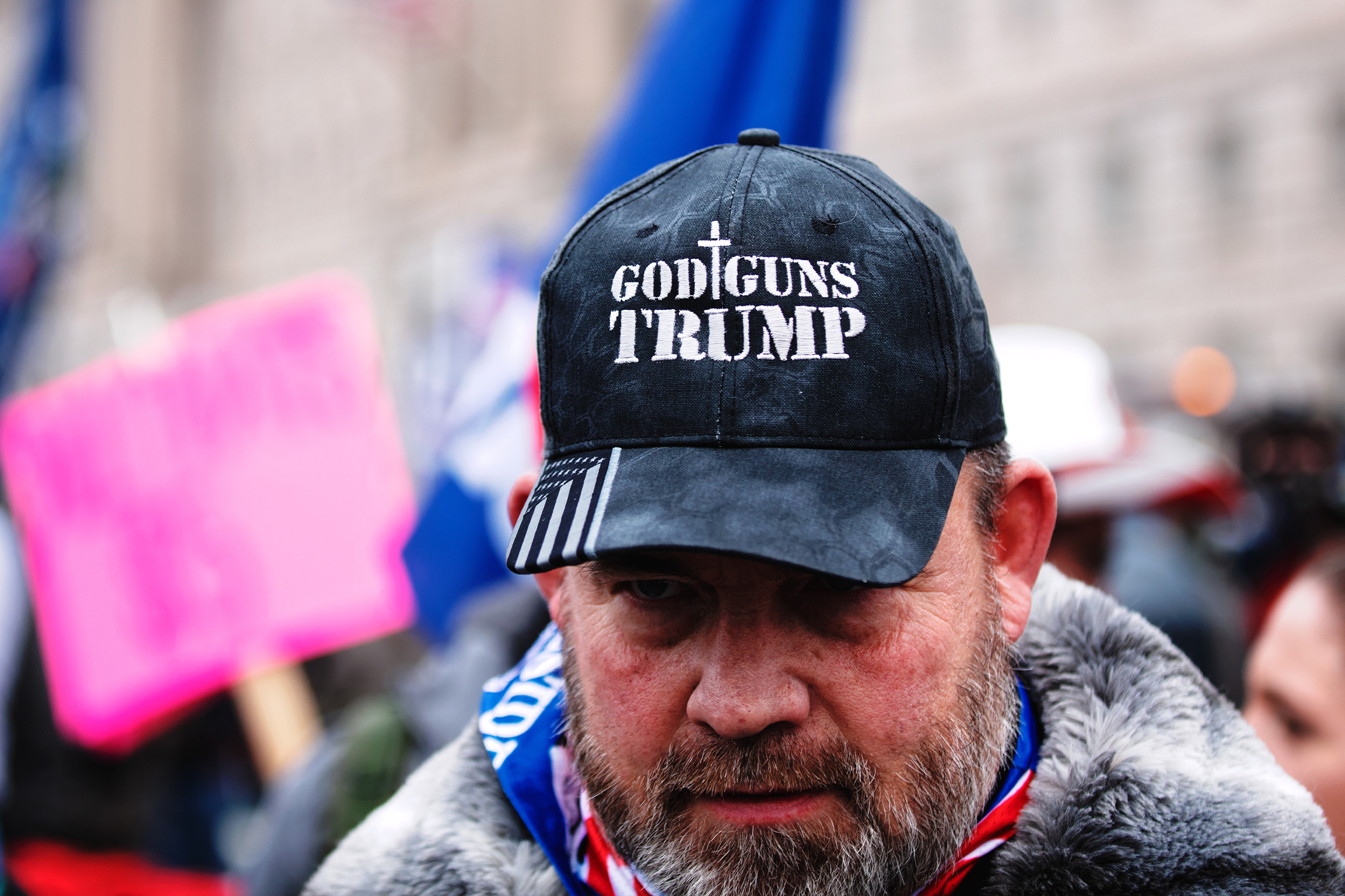 The breach of the U.S. Capitol on January 6, 2021 is being called a wake-up call to government shortcomings and security oversights in Washington DC., but if we are to discern the times, there is a wake up call for the Church as well.

Many in the last 24 hours have and will continue to say that this behavior is not representative of the United States of America. While President-elect Joe Biden’s attempt to comfort Americans by saying as much was well-intentioned, it left many disillusioned. Experiences that have filled lifetimes of historically being looked over, cast aside and marginalized by unequal polices and brutal tactics by law enforcement agencies in predominantly non-white communities.

Christian author Jemar Tisby (The Color of Compromise, How to Fight Racism) responded the next day on Twitter by reminding his audience that America has been feeling the pangs of inequality, white supremacy and unequal representation in positions of power since the inception of our nation.

The breach of the U.S. Capitol reveals who we are as a nation.

The breach of the U.S. Capitol also reveals who we are as the body of Christ. Images flooded the internet and airwaves of Bible verses scribbled on poster boards. “Jesus Saves” banners flew next to confederate flags as government offices were ransacked and government property was vandalized. The spiritual motivation of the armed insurrectionists misrepresents the peaceable kingdom of God that Christians are to establish on earth as it is in heaven.

The desperate attempt of a group of power-hungry people to subvert democracy ultimately failed. Senators met deep into the night to certify the presidential election results that most acknowledged two months ago: Joe Biden is the next president of the United States of America.

Desperate to remain in their position of power, protestors turned into insurrectionists in their attempt to retain control of the U.S. government. While many in the evangelical church would never storm a church or organization to take away positions of power, the unstated balance of power in many of our Christian centers of influence remains predominantly male and white.

There is no need for groups of people to regain power if it has never been distributed equally in the first place. Brilliant and talented brothers and sisters have been historically overlooked by those who do not fit the white-male matrix of social influence embedded into our society.  It is time for the body of Christ to reckon with our complex and embarrassing history of creating a culture of influence that is dominated by white and male leaders.

The path to true healing will never come from ignoring the past to find comfort in the future.

The call to neighborliness – embodying the presence of Jesus to those around us – is referred to by Jesus as the most important spiritual ethic that can be pursued. Mark 12:28-34 tells us that we are to love God with full passion and to love our neighbors as ourselves.

I am a white man that has grown up in the middle class my entire life. How will women, people of color and our neighbors from low-income communities know that I love and care for them if I am not willing to listen to their story long enough to understand their pain? How will we hear the cries of the unheard if we are only listening to the established voices of the dominant culture?

The scriptures are full of people who are brimming with potential that just needed a chance to be seen and elevated to significant positions of influence. David was a young shepherd that was overlooked several times in favor of his older brothers before Samuel arrived and saw the potential of a mighty king. Esther was a woman groomed to be arm-candy to a king before Mordecai called out the greatness inside of her to be a courageous agent of liberation for her people.

Over and again, the Scriptures tell stories of people on the margins doing great things. I have had the joy of seeing that, if given the chance, people that have been marginalized rise to the moment when they are given equal access to leadership opportunities. The reason they consistently rise to the occasion is simple: They are called and anointed to do great things. However, all too often, our brothers and sisters are pushed to the margins of society by a homogenous circle of influence and power.

The Bible talks about a small group of people that are used to deliver justice, healing and salvation to their land. Biblical prophets (Isaiah, Jeremiah, Micah, etc) refer to this group of people as a remnant.

The breach of the U.S. Capitol on January 6, 2021 was not a flash-in-the pan moment in American history. The breach of the Capitol was a worldwide spectacle of what happens when people in positions of power begin to lose their grip on society. If we are wise to discern these times, we can see the grip the predominantly white and male American Church has had on Christian culture for far too long.

Sadly, instead of storming office complexes of churches and Christian organizations across the land, many phenomenally gifted people that have been marginalized are simply opting out of the Church and its narrow view of leadership, influence and power.

A remnant remains. A small group of people that have been overlooked, marginalized and pushed aside. And they are ready to deliver justice and healing to our land.

The time is now to open our eyes and see that healing, justice and salvation will come from the margins.

Dr. David Docusen, has 20 years of ministry experience as a pastor, church planter, speaker, advocate, and professor. He is the author of Neighborliness: Finding the Beauty of God Across Dividing Lines (www.neighborliness.com). Follow him on social media at @daviddocusen.