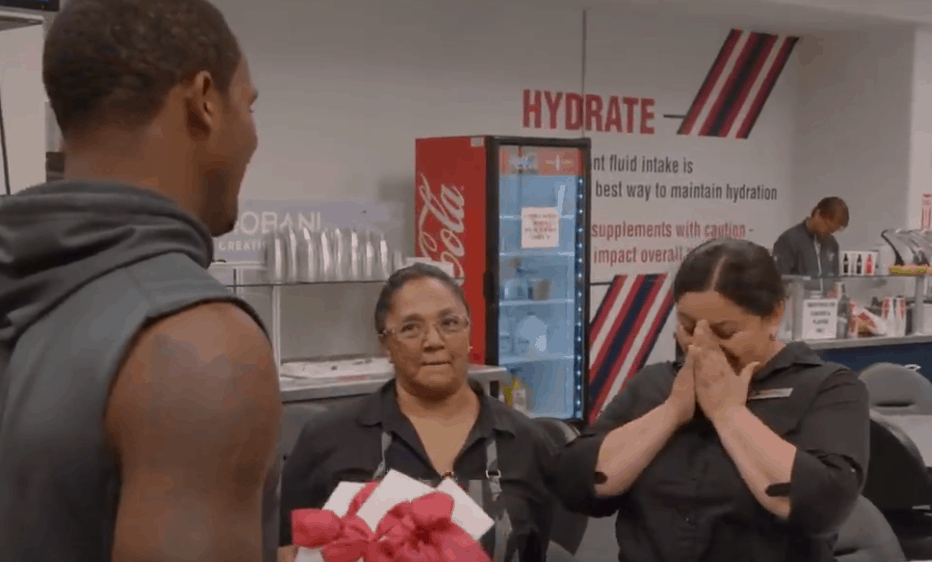 Houston Texans’ rookie quarterback Deshaun Watson wanted to do something special with his first NFL game check, which was worth more than $27,000: He gave it to three women who work at the team’s cafeteria. According to ESPN, they had been affected by flooding from Hurricane Harvey.

As the outlet notes, at one point, Watson, who is just 22 years old, and his family received a home that was built by Habitat for Humanity.

You can see their surprised faces in the video below. Warning: Grab some tissues.

"If you can, you must."@deshaunwatson​ gave his first @NFL​ game check to help a few familiar faces. #HoustonStrong pic.twitter.com/rwcyGMSRFN

Watch Rep. Steve Scalise Get a Standing Ovation as He Returns to the House Floor