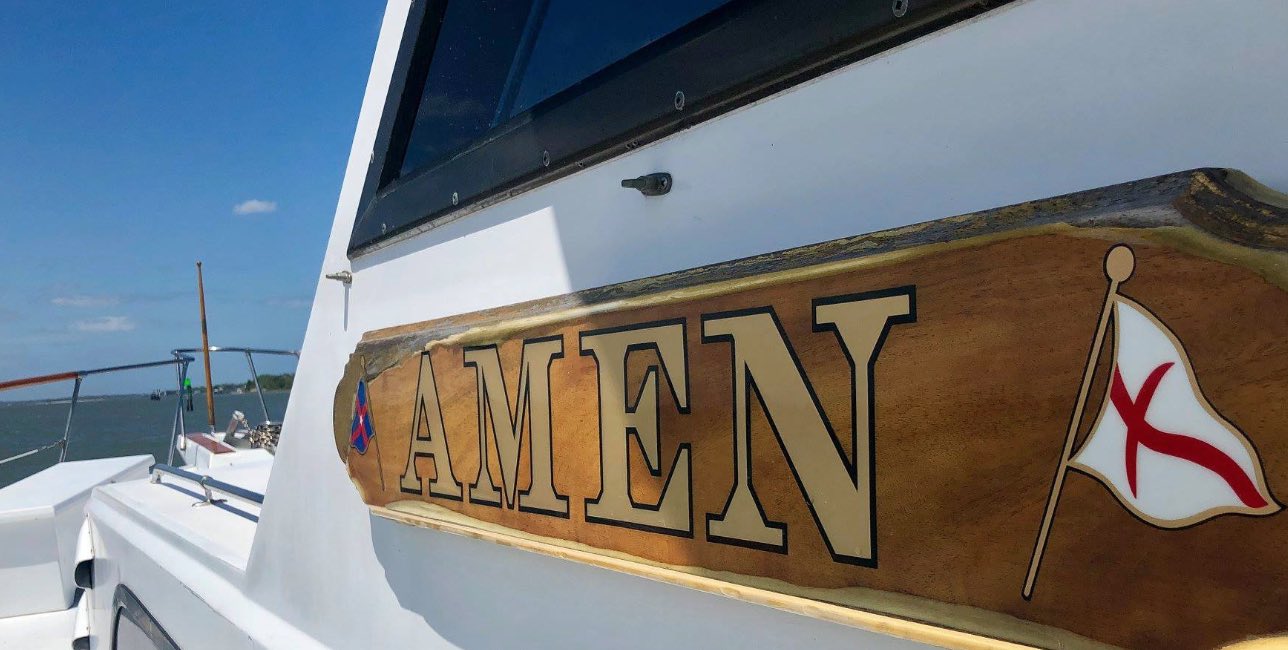 High school students Tyler Smith and Heather Brown recently celebrated their “senior skip day” with a day at the beach. However, things took a frightening turn when they were swept out to sea while going for a swim. Within two hours, the pair was almost two miles from shore.

They started praying. Smith told Florida’s WJAX, “I cried out, ‘If you really do have a plan for us, like, come on. Just bring something.’”

Within minutes of their prayers, a massive yacht appeared. On the side of the boat, in big letters, was its name: “Amen.”

Brown told WJAX, “The first words that came out of my mouth [when they pulled her aboard] were, ‘God is real.’”

The boat’s captain, Eric Wagner, told CNN, “There were too many coincidences, in my opinion, for this to be a coincidence. I truly believe it was divine intervention. It had nothing to do with me. I was just put there at the right place at the right time and I did the same thing anyone else would have done: pulled them aboard.”

In a Facebook post, Wagner explained, “Nearly 2 miles out: over all the wind, waves, and engines we thought we heard a desperate scream. 200 yards behind us we saw an arm flail over the swells.”

He continued, “After what felt like forever we finally made our way while loosing them in the swells ever few seconds [sic] … Both were shivering and pale, his lips were white. She was lucid, he seemed to be struggling to answer our questions but coherent.”

He explained, “Exhausted and near the end the boy told me he called out for God’s help. Then we showed up. I told them the name of the vessel, that’s when they started to cry.”

‘Aladdin’ Actor Naomi Scott: My Faith Is the Foundation of Every Decision I Make