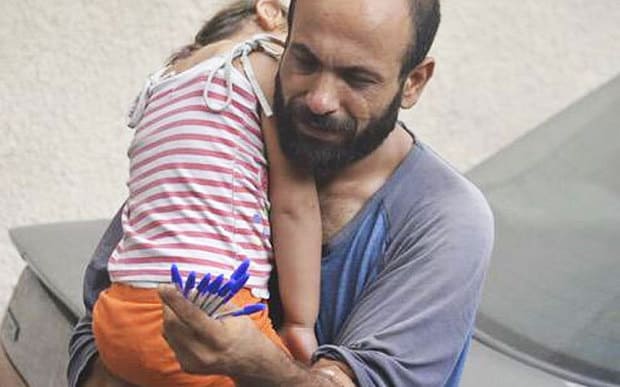 You probably remember the photo of a Syrian refugee holding his sleeping daughter over his shoulder as he desperately tried to sell pens to people in passing vehicles in Beirut. The image, which went viral, moved tons of people around the world, including a Norwegian journalist who took it upon himself to start a Indiegogo campaign to raise money for the 33-year-old father of two, Abdul Halim al-Attar. Well now, thanks to the campaign, al-Attar owns three businesses. The campaign raised $191,000, nearly 40 times the original goal of $5,000. And al-Attar is wasting no time in putting the money to good use: He opened three food-related businesses, employing 16 refugees.

He told the AP, “Not only did my life change, but also the lives of my children and the lives of people in Syria whom I helped.” Al-Attar also said he gave away about $25,000 to friends and relatives in Syria.

How Do You Know if a Brand Is Ethical?