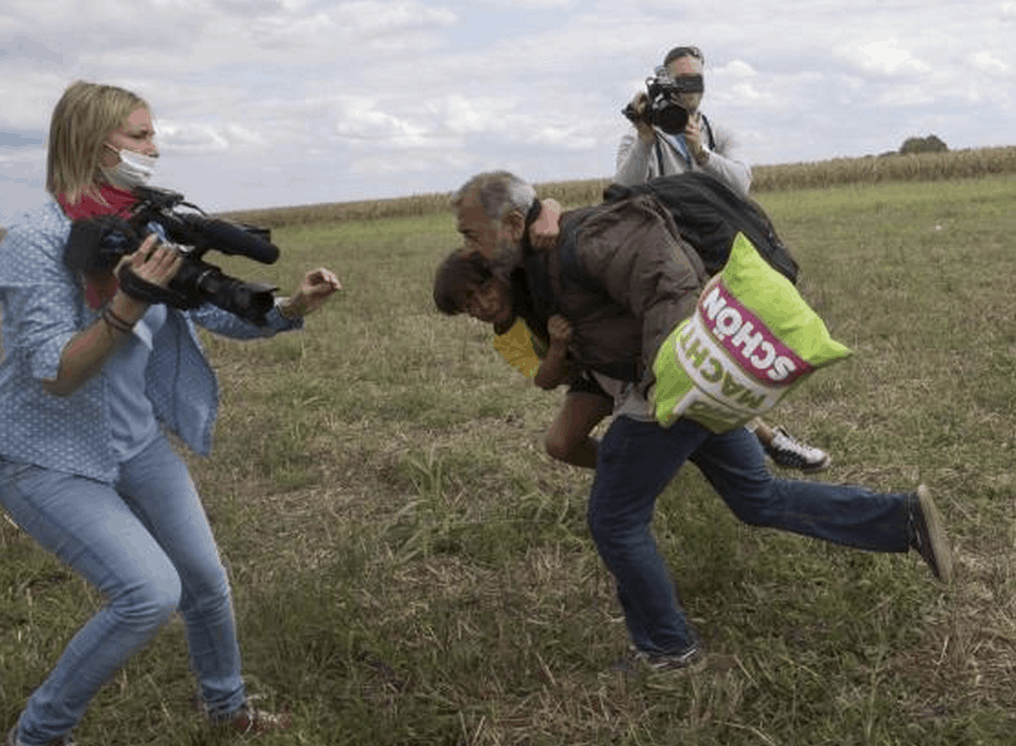 The man at the center of a disturbing incident, in which a Hungarian journalist was caught on camera tripping refugees, is headed to Spain with his family thanks to a generous soccer academy. Osama Abdul Mohsen, who was carrying his young son at the time, was among several refugees who were tripped and kicked by a camerawoman as they fled authorities on the Hungarian border. The president of Spain’s CENAFE soccer school, which trains coaches, was so moved by a video of the incident and the plight of refugees like Moshen that he decided to do
something. Miguel Ángel Galán is sponsoring Moshen and his family to come to Spain, and will provide housing for them as the school helps Moshen find a new job. Coincidentally, Moshen’s past experience may help his employment chances—in Syria, he was a soccer coach.