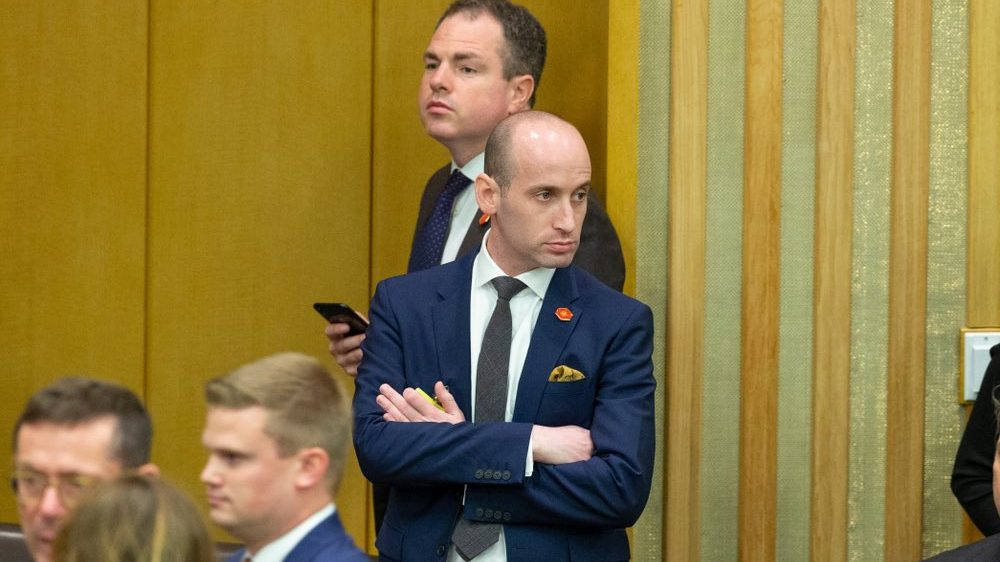 A new report from the Southern Poverty Law Center (SPLC) released campaign-era emails from President Donald Trump’s immigration advisor Stephen Miller, detailing his white nationalist sympathies and how he injected them into Breitbart’s coverage of the election.

According to the emails, which were dated both before and after Miller officially joined the Trump campaign, he drew talking points and material directly from prominent white nationalists, Islamophobes and various extreme-right websites.

According to emails provided by former Beirtbart employee Katie McHugh, Miller instructed her to use information from “AmRen” — a reference to the prominent white nationalist website American Renaissance. In 2015, Miller emailed McHugh and his former editor Julia Hahn about the “invasion” of non-white people in America and how it was contributing to the declining SAT score of high school students. Miller also suggested material from white nationalist site VDare, notorious conspiracy site InfoWars and Refugee Resettlement Watch (tagline: “They are changing America by changing the people”).

In another email, Miller writes, “Also, you see the Pope saying west must, in effect, get rid of borders. Someone should point out the parallels to Camp of the Saints.” Camp of Saints is an infamous French novel about so-called “white genocide”, popular among white nationalists and Neo-Nazis for its paranoid depictions of black and brown people “replacing” whites in the West.

Miller also waxes fondly about President Calvin Coolidge. Coolidge is one of the less-discussed U.S. Presidents, but he’s beloved by white nationalists for his Immigration Act of 1924, which severely restricted immigration to the U.S. from Southern and Eastern Europe, and banned it altogether from Asia, favoring immigrants from “Nordic” countries. Unsurprisingly, the Act was an inspiration to none other than Adolf Hitler, who wrote of it approvingly in Mein Kampf and used it as a model for Nazi immigration policy.

In June, Miller wrote that “This would seem a good opportunity to remind people about the heritage established by Calvin Coolidge, which covers four decades of the 20th century.” The “four decades” is a reference to the time between the passage of the Immigration Act and the  Immigration and Nationality Act of 1965, which did away with racial quotas.

Some critics have called the report into question, citing SPLC’s left-skewed bias. Such skepticism may be warranted, but it’s worth noting that Brietbart isn’t denying the scoop. Elizabeth Moore, a spokesperson for Breitbart, responded to Hatewatch’s request for comment by saying “the SPLC claims to have three- to four-year-old emails, many previously reported on, involving an individual whom we fired years ago for a multitude of reasons, and you now have an even better idea why we fired her.”

The article suggested that there would be more emails coming, but we don’t need more to know the truth. The man credited with most shaping Trump’s immigration policy has no business being anywhere near the job, or the White House. For the good of the country and everyone represented in it, he needs to go. There is no room for the sort of noxious beliefs Miller is spreading within that debate.

Since writing these emails, Miller’s influence over immigration policy has become near-absolute. He is credited with sparking the Trump Administration’s stated plan to enact a “virtual shutdown” on refugee admissions. That plan, according to World Vision, amounted to an “assault on our call to protect the ‘least of these’ – especially as a country where most citizens profess to be Christians.”

The biblical call to welcome immigrants, illustrated in verses like Leviticus 19:34, needs to be carefully considered by Christians who want to have a faithful opinion on the immigration debate. There can be healthy, robust debate about the best way to care for immigrants and ensure the wellbeing of current citizens, but that debate can only grow poisonous when it tolerates attitudes like Miller’s. As long as he has a hand in shaping, U.S. immigration policy, American Christians will be unable to live up to the full potential of the call to love immigrants.