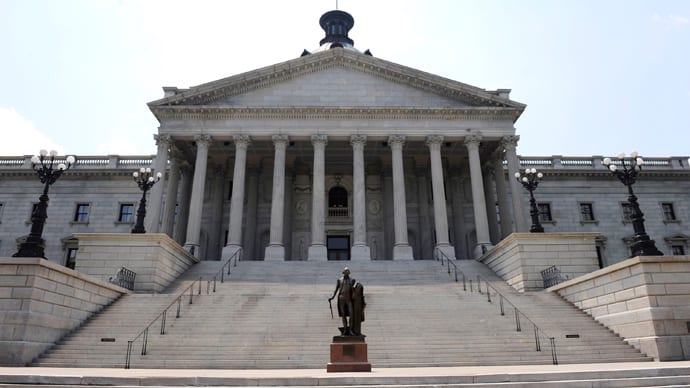 Just a few hours ago, the governor of South Carolina, Nikki Haley, signed a piece of legislation that outlaws abortions after 20 weeks. The new law is effective immediately.

Like similar legislation elsewhere, the law includes exceptions in the case of a threat to the mother’s life or if a doctor doesn’t believe the baby can survive outside the womb. Essentially, this new ban only affects hospitals because, according to the AP, “none of the three abortion clinics in South Carolina provide abortions beyond 15 weeks.”

This new action also carries a strict punishment for those who don’t comply: Doctors would face up to $10,000 in fines and three years in prison for each violation, and after the third violation, prison time is mandatory.
State representative Wendy Nanney, who sponsored the bill, said publicly that she sees this piece of legislations only as a step—her long term goal is to “get rid of abortion altogether.”

The AP’s report says that South Carolina’s new law is also similar to other states’ in that it ties a child’s age to conception. That’s a little complicated, though, because that date can’t be exactly determined. So, this law actually uses the gestational age of 22 weeks.

Shocking to no one, Planned Parenthood’s spokesman wasn’t happy.

Again, a Trump Rally Turned Into a ‘Riot’