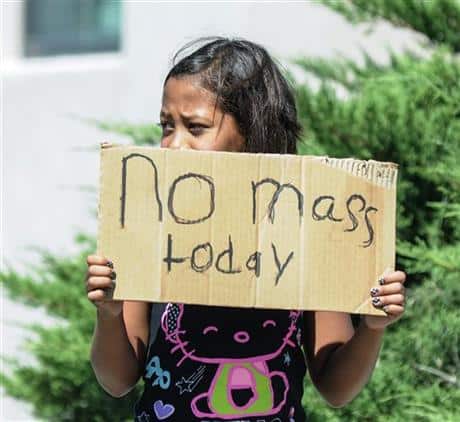 Sunday morning, someone set off explosions outside two churches in Las Cruces, New Mexico. The small blasts happened just 20 minutes and a few miles apart. The first, at about 8:20 a.m., blew up a mailbox on a wall of Calvary Baptist Church. Then the second blast, around 8:40 a.m., exploded in a trash can outside Holy Cross Catholic. Each building sustained minor damage from the incidents that authorities say don’t “appear to be coincidental.” In a press conference, New Mexico Governor Susana Martinez called the presumed goal of intimidating those who worship a failed effort. And she promised to catch the “coward” who ignited the blasts.

The 8 Coolest Things About Lollapalooza 2015