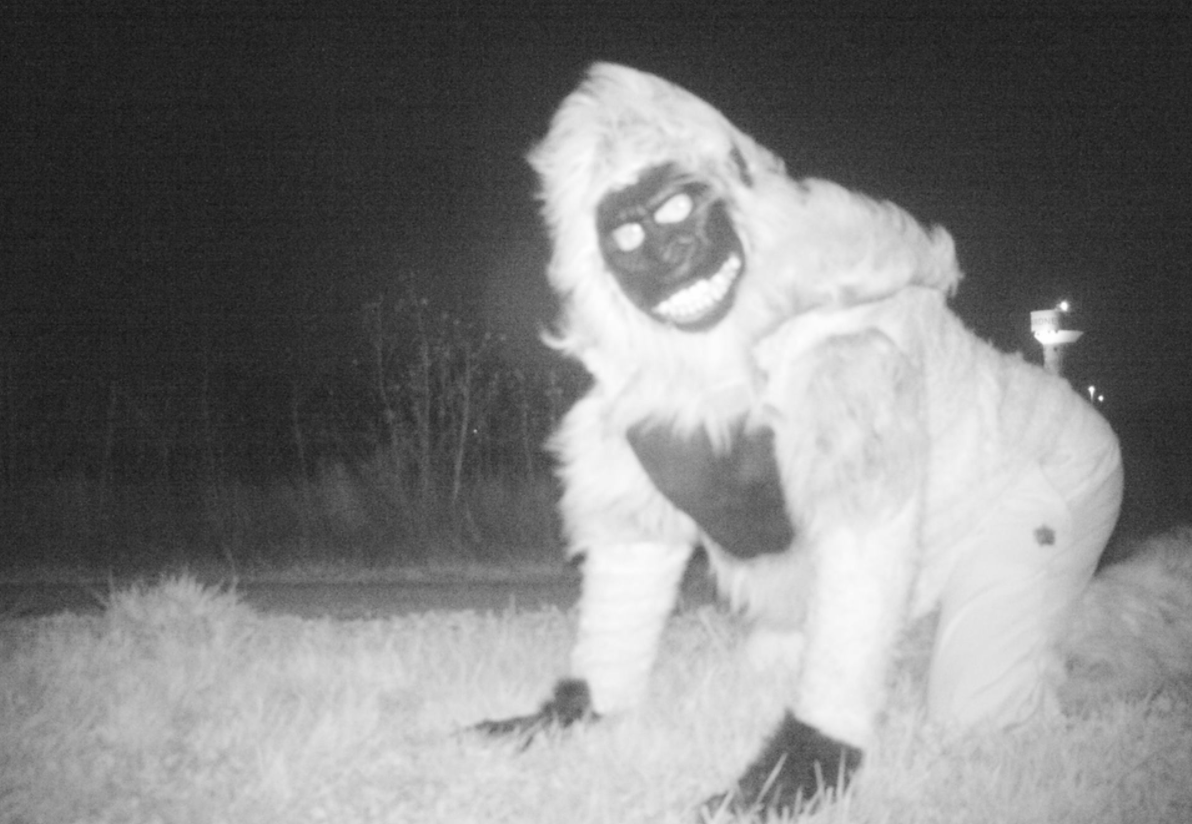 Police in Gardner, Kansas had received reports of a mountain lion in a local park and thought it would be a good idea to install some trail cameras so they could keep an eye out for it. Well, it didn’t take long before some locals found the location of the cameras, and decided to basically just troll the Gardner PD.

Soon, as Buzzfeed notes , a swamp monster, several “gorillas,” a gentleman in a gas mask and numerous other hilariously terrifying figures started showing up on the cameras.

Thankfully, the Gardner Police Department sounds pretty chill, and thought it was actually funny. They posted on Facebook,

We are glad to report that over the time they were up we did not see a mountain lion. We were however surprised by some of the images that the cameras did take …

We would like to sincerely thank the persons responsible as it made our day when we pulled up what we expected to be hundreds of pictures of coyotes, foxes and raccoons. Thank you to the citizens who noticed the cameras. Your effort and sense of humor are greatly appreciated.