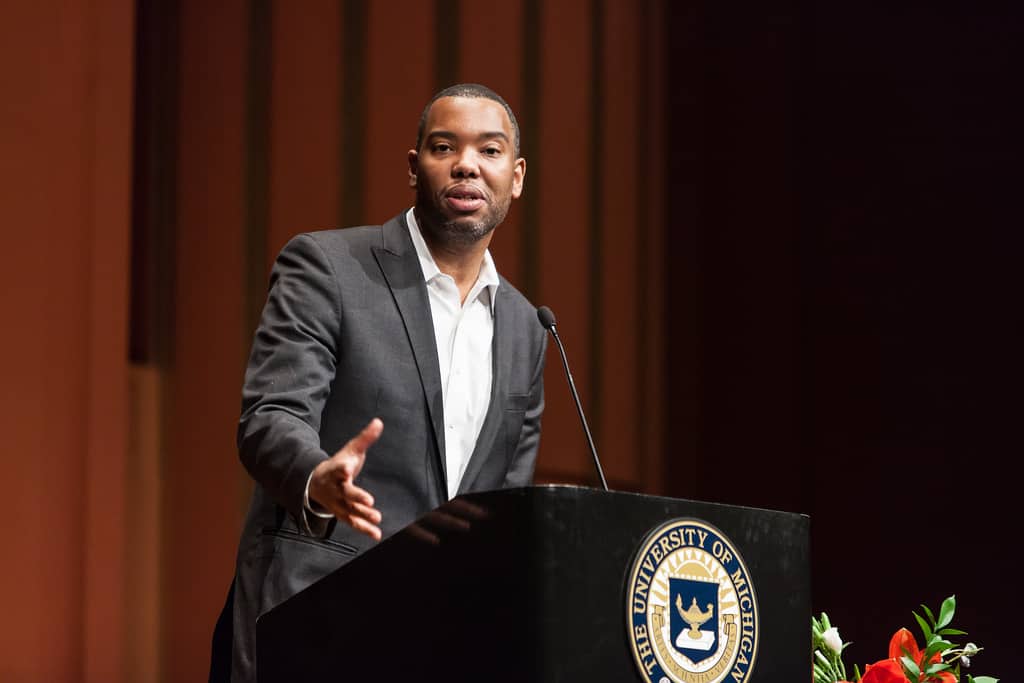 Ta-Nehisi Coates, one of America’s foremost writers who’s become particularly famous for his writing on white supremacy and the lingering aftereffects of slavery in the United States, deleted his Twitter account after a sparring match with famed Harvard philosopher Cornel West. The reasons behind their disagreement are dense, involving centuries of differing opinions about what makes racism tick in the U.S.

To understand the feud, it’s helpful to understand a little about Coates’ repertoire. The MacArthur Fellow has written movingly about white supremacy, which he sees as a feature, not a bug, of the American way of life. In Coates’ understanding, racism is foundational to the U.S.—a cancer which manifests itself in a vast array of systemic societal ills from mass incarceration to income inequality.

In an interview with the Guardian, West accused Coates of “fetishizing white supremacy.” He agrees that racism is a huge problem, but says that it’s part of—not foundational to—other American problems like “Wall Street greed, U.S. imperial crimes or black elite indifference to poverty.” By focusing all his attention on racism, West says, Coates ignores deeper economic and class realities. West, a fierce critic of former President Barack Obama, also accused Coates of being unwilling to criticize the former president.

.@tanehisicoates fetishizes white supremacy. His analysis/vision of our world is too narrow & dangerously misleading, omitting the centrality of Wall Street power, US military policies, & the complex dynamics of class, gender, & sexuality in black America https://t.co/FytA7mLmNV

Twitter quickly took sides in the debate, with many streaming to Coates’ defense and others offering further commentary on West’s critiques. Coates himself offered up a defense, showcasing writings where he had indeed tackled economic issues and criticized Obama’s foreign and domestic policies.

But by then, more notable intellectuals were picking sides. Most notably for Coates’ defense was respected New Yorker writer Jelani Cobb, who accused West of “threadbare commentary.”

2. And also, given what I do for a living and the necessity of intellectual engagement I should say up front that no one is above critique. It’s an indispensable part of growth. But I was frankly embarrassed by @CornelWest’s threadbare commentary.

But wildly enough, West’s article was approvingly retweeted by Richard Spencer, a white supremacist who has been a central figure in the movement’s resurgence in recent months.

It feels like this might have been the straw that broke the camel's back for Ta-Nehisi Coates — Richard Spencer endorsing Cornel West's criticism of him. pic.twitter.com/GrlZEcnzMj

Coates has long been a critic of Twitter, talking in interviews about praying to have “the strength to quit.” It appears Spencer’s agreement with West was indeed the motivation he needed, and Coates deactivated his account, making him the most recent high profile user to split (he had over a million followers at the time he deleted).

There is an important debate to be had around the how and why of white supremacy in the U.S., and Coates and West are better equipped than most to have such a debate. Whether or not this beef will lead to a better conversation remains to be seen, but if all the attention convinces people to go pick up Coates’ Between the World and Me or West’s Race Matters, then that’s a good thing. But it’s also important we don’t let our most vital conversations get derailed by feuds. As writer Eve Ewing noted:

The Fatal Flaw of Going It Alone

Chance the Rapper Has Released Another Christmas Album and It’s Free!