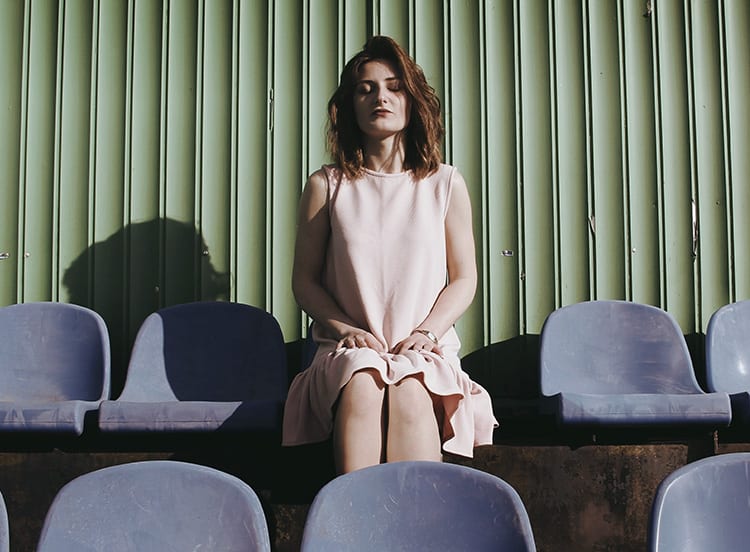 I got entangled in the messy business of loving my neighbor about seven years ago, and I had no idea what I was getting into. Whether it’s referred to as social justice, economic justice or humanitarian outreach, I just saw it as fulfilling a desire to love marginalized people who had been dealt an unfair hand. I had my own bouts of overcoming personal shame, and I wanted to love because I had been loved.

I felt the call to move my Christian theology out of my head and into my hands, feet and mouth, but I was naïve in regards to the pushback I would get, especially from the Church. Little did I know, it would become the most awkward, controversial and sometimes heartbreaking part of my Christian journey.

This work of mine has involved everything from confronting my own racist leanings from growing up in the American South, tutoring at a disadvantaged public school, being a voice for the peacemaking between Israelis and Palestinians after living in the Middle East for two years, and now being an advocate for Somali refugees who are in a state of limbo in Bangkok, Thailand.

I try to restrain from lashing out angrily on social media. I don’t play the name-calling games. But anything that advocates for helping vulnerable people, I’m all over it. The pushback I’ve gotten by doing this stretches across a wide spectrum of dissent and disapproval.

The most gentle, perhaps, is from people in the church and those in my inner circle who kindly suggest I’m being divisive. They urge me to follow their example of ignoring “taboo” subjects in an effort to keep the “peace.”

Keeping silent for the sake of “peace” is not peace at all, it’s indifference. Keeping silent is often the easy, comfortable thing to do, and everyone is entitled to his or her interpretation of faith, but can we please stop calling it peace?

This is a counterfeit peace we are talking about.

True, biblical shalom, is defined as wholeness and completeness. If we’re truly following the example of Jesus who brings the ultimate wholeness to mankind, fulfilling all of humanity’s need for restoration and redemption, shouldn’t the number one command to love our neighbors as ourselves be at the forefront of everything we do? Whether that involves physically helping those in need or speaking up for them when they are disadvantaged, shouldn’t the wellbeing of our neighbors be our concern?

True biblical shalom speaks less about minding our own business and more about belonging to one other.

The harshest pushback that I see happening is the proliferated use of the derogatory term SJW, or “social justice warrior.”

It is everywhere on social media nowadays: What began as a neutral term to refer to people who advocated for social justice has now become a rotten term of disparagement.

Politics aside, I see the pejorative as an ugly assault that makes a mockery of those who are trying to take the call seriously to do justice, love mercy and walk humbly.

There’s one silver lining in all of this, and to this I cling: Americans, by and large, still instinctively tell our children to be compassionate. The ultimate litmus test, for those of us who are parents, is to ask ourselves what we are telling our children to do and ask if we are doing the same.

Do we teach our children to be silent when a shy girl is repeatedly harangued over her appearance by a group of mean girls? Do we teach our children to say nothing when they see a bully stealing a kid’s snack every day? Do we teach them to turn a blind eye when a fellow classmate is being harassed for his ethnicity or religion? Do we instruct them to stay silent for the sake of “peace”? Of course not. We teach them to be courageous. We tell them to speak up and stand up for the underdog. We tell them that we’re all the same, that anyone can be a friend.

So why is it so hard for us to do the same?

Loving our neighbors as ourselves is the most challenging, nail-biting part of our faith. In Galatians, Paul tells us about Peter, who walked with Jesus in the flesh, went back on his ways, too embarrassed to be seen with the uncircumcised. Peter brings down his fellow Jewish believers with him in the segregation, even Barnabas “son of encouragement,” got caught up in it. Paul calls Peter out on it and then in one glorious crescendo:

For ye, brethren, were called for freedom; only use not your freedom for an occasion to the flesh, but through love be servants one to another. For the whole law is fulfilled in one word, even in this: Though shalt love thy neighbor as thyself. – 5:13-14

St. Francis of Assisi experienced it early in his ministry when he intentionally avoided a road with a leper colony, afraid to see the detestable other face to face. He eventually brought himself to face his fears and embrace and kiss a leper, and afterwards declared it was as if embracing Christ himself. His entire mission and ministry were launched after that encounter.

And today in 2017, we are experiencing it too every time we are afraid to stand up for communities and individuals discrimination and systemic injustice. The struggle is real, and the sometimes awkward, sometimes scary, fear of embarrassment never goes away.

Through it all, Jesus becomes a little clearer to me day by day when I move my theology out of my head and into my body. It makes me sad knowing how much the Church misses when they hunker down in their holy huddles, clinging to their comfortable, familiar spaces and worn-out platitudes.

is an overly caffeinated, partly cloudy, always scattered wife and mother of three tots living in Bangkok, Thailand. Pull up a chair, and you’ll find she’s part weirdo from being an expat in the Middle East and Asia for the better part of a decade. She’s a proud US Air Force wife who lives with the cognitive dissonance of knowing war but seeking peace. She works with Somali refugees in Bangkok. When she’s not chasing down a tuk-tuk or letting her son sample fried grub worms on the street, she is found with a good book, a good recipe, or a good song. Follow her scattered life at https://nataliepatton.wordpress.com/.