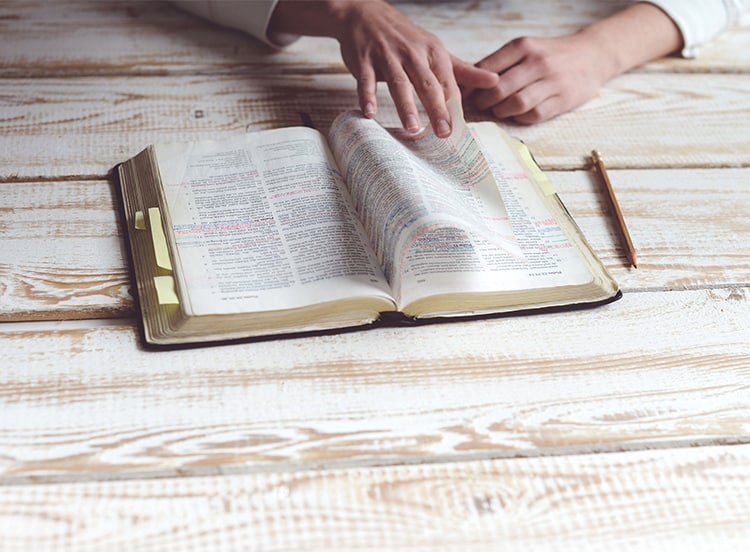 It was June 18, 1994, and I was having lunch with a non-Christian friend who taught science classes at a community college. I remember the date because we spent a great deal of time talking about O.J. Simpson’s infamous Bronco chase the day before.

Eventually the conversation turned to faith, and my friend communicated the frustration he felt with Christians in his class. “At the beginning of every year I have the same problem,” he said. “There’s always some first-year Christian who’s waiting for an opportunity to argue with me in front of the class. They’ve heard a sermon or read a Christian book about evolution and they feel equipped to correct me about evolution or the age of the Earth.”

He pushed his empty plate away, “It’s gotten to the point that I’ll bait them on the first day, so we can just get this nonsense out of the way. I hate it, but I feel like I have to humiliate them or else we end up in an endless cycle of confrontations. Which places an eventual drag on my effectiveness.”

I understood his point. It was the ’90s, and there was a big push toward apologetics. “The Bible Answer Man” was one of Christian radio’s most popular shows, and people like Ken Ham, Ravi Zacharias, and Ron Rhodes were writing popular books debunking everything from the New Age to Mormonism.

It’s no wonder that Christian kids felt emboldened to publicly confront their professors. After all, truth hung in the balance and debate is exactly what God expected from them. Wasn’t it?

Can we argue people into the kingdom?

Does the Bible tell us that the evangelism is all about building a better argument? When reading the New Testament, it would be easy to get that impression.

In Acts 17, Paul is in Athens concerned with the idolatry that he sees all over the city. He ends up reasoning with the Jews and converted Greeks in the synagogue and debating with philosophers in the marketplace. And while that certainly reads like a good argument for engaging in debate as evangelism, there’s a couple things we need to consider:

The truth is that people who love to listen to and debate novel ideas aren’t typically listening to have their minds changed.

Some are better than none though, right?

People might argue that the fact that some followed Paul in Athens proves the validity of apologetic debate. And on some level, they’re right. There are many who’ve come to faith in Jesus because they’ve attended a debate or entered into a discourse with a believer. But for most people (even the ones who have been debated into the kingdom), relationship has been the accelerant that set faith alight.

It’s the power of relationship that encourages people to hear us out. When we’ve invested in real connection with others, discussion becomes less threatening and our words have more gravity.

In the increasingly polarized and entrenched 21st century, we need to take a close look at the potential drawbacks of relying on polemics to “prove” our faith:

Reason for the hope we have

In his first epistle, Peter gives us instructions for sharing our faith:

“But in your hearts revere Christ as Lord. Always be prepared to give an answer to everyone who asks you to give the reason for the hope that you have. But do this with gentleness and respect”— 1 Peter 3:15.

The key to understanding this passage lies in wrapping our minds around the first sentence which other Bibles translate as:

As we focus our energy on loving, serving and emulating Christ as Lord, we are changed. As Peter explains it, people are drawn to us with questions about the hope we have. And anyone should be able to give an answer for why their hope is in Christ. Yes, Christians should prove their faith. But what we forget is that love is our proof. The value we ascribe to others and the sacrifices that we’re willing to make because of that love empowers even our most remedial discussions about Jesus.

Without a spiritual transformation that’s demonstrable and evident, our apologetics are just another philosophical argument in a world full of fake news, mythologies and conspiracy theories. It’s love that validates our faith and without it, we’re just clanging gongs and clashing cymbals.