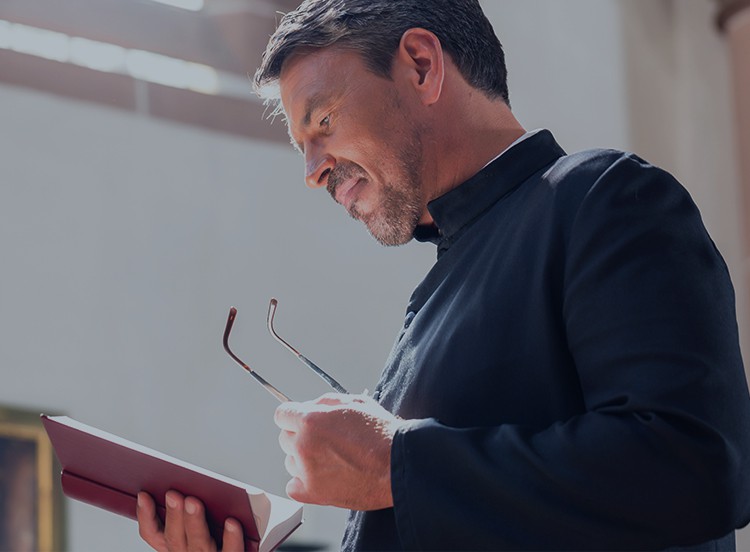 I fear that churches in America are being run like corporations. And like many companies, they have to appease the shareholders who make their stock payment every Sunday morning. The collected funds from this offering maintain the facilities and keep the staff paid.

But what happens when a church is full of people of similar race, economic position and politics? What happens when many of them get their news and information from the same sources? What happens when their social views have become homogeneous and indistinguishable? When it comes to confronting any evil that runs counter to this group’s perspectives or interests, clergy struggle with extreme cognitive dissonance. They wonder, “Is there a way I can address this evil without upsetting my shareholders?”

This is where Greg Boyd found himself in 2004 when he was being pressed to publicly support the right-wing candidate for president. Instead of doing so, he preached a series titled, “the Cross and the Sword,” which addressed the dangers of the Church associating too closely with any political point of view. Over the course of this series, he lost about 1,000 church members. You can find the thrust of his messages in the amazing book, The Myth of a Christian Nation.

Addressing the evils of racism

On Friday, August 12, white supremacists gathered in Charlottesville, Virginia, for a public demonstration. They showed up with handwritten signs denouncing Jews as Satan’s children, promoting Nazi propaganda and they stood together in Nazi salute chanting, “Blood and soil!” and “All lives matter!”

None of these demonstrators hid their faces like their white-supremacist American forebears, and many of them were in their churches Sunday and showed up for work on Monday morning.

It would seem like confronting such brazen racism would be a no-brainer for a people whose holy book tells them that their God has become their “peace, making the two groups one [speaking of Jews and Gentiles—but applying to all races] and has destroyed the barrier, the dividing wall of hostility” (Ephesians. 2:14). You’d think speaking out against it would be the Church’s unquestionable response—but you’d be wrong.

“You’re not allowed to be political”

A friend of mine who’s on staff at a local church posted a story about Charlottesville yesterday where he called white supremacy “anti-Christ.” Within two comments he was confronted by someone who called the posting “sad.” The commenter said, “I thought staff from this church weren’t allowed to make political statements?”

This comment summed up why most churches will not confront racism. Since everything is politicized, a public statement against white supremacy is considered a political statement. Since confronting racism is painted as a “leftist” activity, what’s a pastor to do when his congregation is full of white, conservative Christians?

I was curious about the guy who left the comment on my friend’s status, so I visited his Facebook page. A lot of it was private except for a public response he left for someone on MerriamWebster.com which said, “Read the Bible in CONTEXT you liberal A**HOLE!” It’s obvious that to this person even the Bible can be profanely politicized—but clergy have a gag notice on what they’re allowed to publicly address.

It seems like the people in the pews have the power to define what is Christlike, and their spiritual leaders are only supposed to talk in vague platitudes—or address sins that everyone can agree on like abortion or pornography.

Why clergy gag themselves

Let’s be honest. A lot of American pastors aren’t going to say “boo” about racism. Many of them have been raised in a church culture that often perpetuates, ignores or argues against the existence of racism. They’ve grown into pastors acclimated to the behaviors and attitudes (not to mention the theology) of the culture they were raised in. They don’t question it, and like the Pharisees of old, they’ll vilify anyone who suggests that God sees things differently.

But there are many pastors who know better, but refuse to speak up. They don’t want to get caught in the crosshairs of people in their congregation who firmly believe that Christianity is compatible with nationalism, militarism, materialism or whatever cultural attitudes they’ve accepted. So instead of naming these sins outright, these pastors hedge and dance around them. They come as close to that line as possible, but they never entirely step over it.

“I just want to be respected and loved”

Many pastors were raised in churches where clergy were venerated. When they decided to serve God themselves, they were drawn to the pastoral ministry. It’s not too long before they realize how many minefields they have to navigate in order to be loved and respected.

I don’t want to downplay how difficult it is to do ministry when you feel embattled. Many people are drawn to ministry because they like the idea of people responding to them by rubbing their chin, nodding and saying, “That’s really insightful. I hadn’t considered that.” They’re not very well prepared for people staring daggers at them and then going behind their back to stir up dissension.

These issues can be even more difficult for introverts who were drawn to pastoral ministry because they romanticized its study aspects. Enough of their energy is zapped by regular social interactions, imagine how much more debilitating it must feel when their conversations are defensive and difficult.

The temptation to avoid conflict is serious enough that Jesus felt the need to warn people, “Woe to you when everyone speaks well of you, for that is how their ancestors treated the false prophets” (Luke 6:26). If you’re not meeting any resistance, it’s time to question whether you’re truly saying anything true or valuable.

Can’t we all just get along?

Some people are hardwired for harmony. They’ll dodge provocative issues until they feel that avoiding them is causing more dissension than addressing them. They’re the ones on Facebook who are constantly writing updates on Facebook about the negative tone of politics but ignoring any real issues—even when those issues center around the Christian’s call to care for the poor, love their enemies and care for strangers.

They’re definitely correct that the tone of the discussion diminishes any real dialogue, but it’s misguided to opt out of the conversation altogether. In discussions with these pastors, they’ll often say, “Jesus was never political.” But that statement is misleading. In a Rome-hating Hebrew culture that was waiting for a Messiah to overthrow their enemies, “Love your enemies and pray for those who persecute you” was an incredibly political statement.

To say otherwise would be akin to saying that because Jesus never disavowed the infanticide so common in Rome, we should never question the cultural acceptance of abortion. When the political infringes upon God’s character and calling, it’s important to speak loudly and clearly—even if it upsets the people in the pews.

There are a lot of churches that claim to be biblical, but the people who attend them never have their perspectives challenged. I don’t care who you are or where you stand politically; the gospels will confront you. We talk like Scripture is a double-edged sword, and act like it’s a textbook. But it’s nitroglycerin, and every time we handle it, we should be in danger of having our worldview blown up.

Too many churchgoers think that it’s the Church’s role to confront those on the outside. They’re the ones that need Jesus, right? Just because we’ve decided to align ourselves with Jesus doesn’t undo our enculturation. When it comes to our politics and perspectives, churches are too full of people who have reconciled the irreconcilable.

The fact that so many of these white nationalist Charlottesville demonstrators were in white churches on Sunday means we’re not doing our job. Sure, there are racist pastors out there who perpetuate this nonsense, but the bigger problem is moderate pastors who lack the nerve to speak loudly and definitively in the face of true ungodliness.

If the Church is ever going to look like Jesus, the attitudes of Christians need to be confronted. If our pastors aren’t going to do it, it might be time to hand the mic to prophets who will.

This article was adapted from jaysondbradley.com. Used with permission.

Saying ‘Marriage Is Hard’ All the Time Isn’t Helping