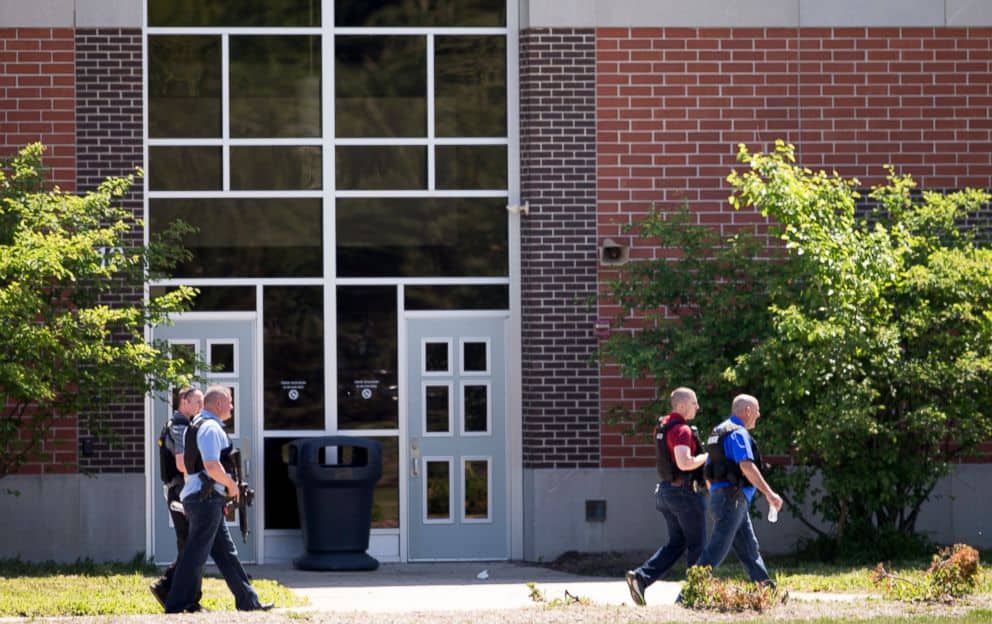 Friday morning, a student at Noblesville Middle School in Noblesville, Indiana asked for permission to leave the classroom. He returned with two handguns and fired on his classmates. Police took him into custody, but not before three people were injured. The condition of the victims has not been released at this time.

The shooting comes a week after 10 people were killed during a school shooting in Santa Fe, Texas.

The Noblesville student was apprehended quickly. Police said he was arrested at or inside the classroom where the shooting took place. A secondary threat was received at Noblesville High School down the street, but police sent multiple officers to that location and established a command post on campus. No incident was reported at the high school.

NFD and NPD are on scene of an active shooter at Noblesville West Middle School. Suspect is in custody. NPD will have more info when it’s available.

Police are seeking several search warrants in their investigation. They don’t know the motive of the shooter, or where the guns came from. (h/t CNN)

SBC Presidential Nominee J.D. Greear: ‘There Are Things About [SBC] Culture That Grieve the Holy Spirit’