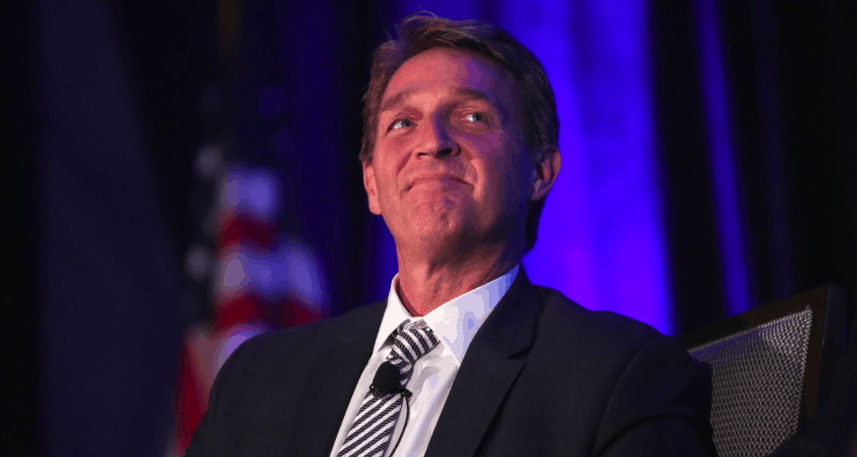 Republican Sen. Jeff Flake of Arizona has been a frequent critic of President Donald Trump and has bemoaned the current tenor of the White House, his political party and the U.S. political culture in general for quite a while. And now, in his words, he’s had “enough,” announcing that he won’t seek re-election in a blistering screed against American politics in 2017.

“If I have been critical, it’s not because I relish criticizing the behavior of the president of the United States,” Flake said. “If I have been critical, it is because I believe that it is my obligation to do so, as a matter of duty and conscience.”
He continued, “The notion that one should stay silent as the norms and values that keep America strong are undermined and as the alliances and agreements that ensure the stability of the entire world are routinely threatened by the level of thought that goes into 140 characters—the notion that one should say and do nothing in the face of such mercurial behavior is ahistoric and, I believe, profoundly misguided.”

You can watch the whole speech here, via CSPAN.

Flake joins Sen. Bob Corker of Tennessee as Republicans who’ve become loudly vocal of their displeasure with the Trump administration following decisions to not seek re-election. Press Secretary Sarah Huckabee Sanders was dismissive of Flake’s words during her daily press briefing, saying, “Based on the lack of support he has from the people of Arizona, it’s probably a good move.”

The Biggest Reason Social Media Could Be Killing Your Relationships

Poll: A Majority of White Americans Say White People Are Discriminated Against