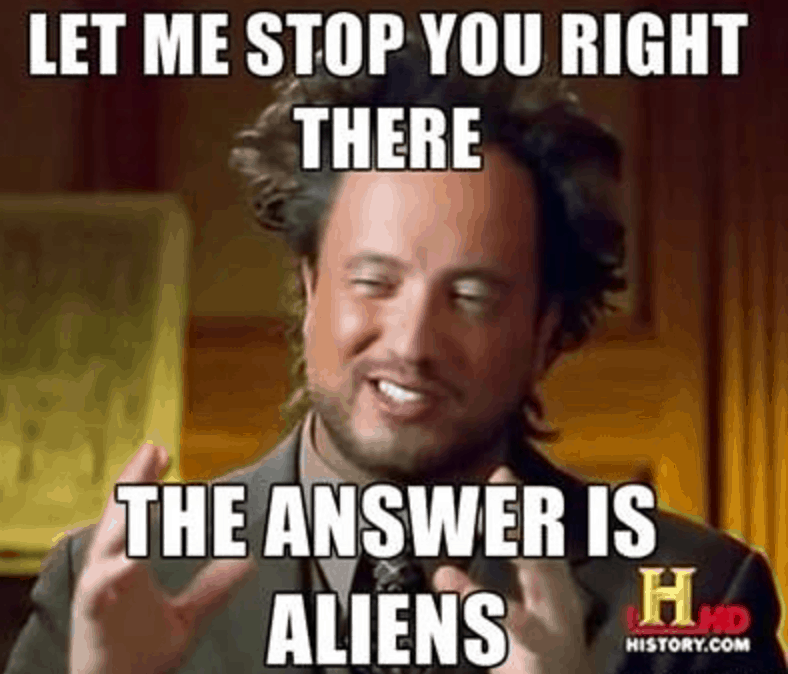 Well, this is odd.

A team of researchers affiliated with the Breakthrough Listen initiative—which has invested $100 million on trying to find extraterrestrial life and was launched with the help of Stephen Hawking—has just detected something very unusual.

The researchers saw what space.com called “15 bizarre, repeating flashes of light coming from a distant galaxy.” What makes these fast radio bursts so strange is that they’ve only been detected a few times before, but never at this frequency.

So what causes them? No one is sure. Scientists have suggested everything from very-quickly rotating stars to alien lasers (seriously).

In a statement Andrew Siemion the director of the Berkeley Search for Extraterrestrial Intelligence  Research Center at UC Berkeley and a Breakthrough Listen team member said, “Whether or not fast radio bursts turn out to be signatures of extraterrestrial technology, Breakthrough Listen is helping to push the frontiers of a new and rapidly growing area of our understanding of the universe around us.”

The 4 Faith-Shaping Books You Should Read Next