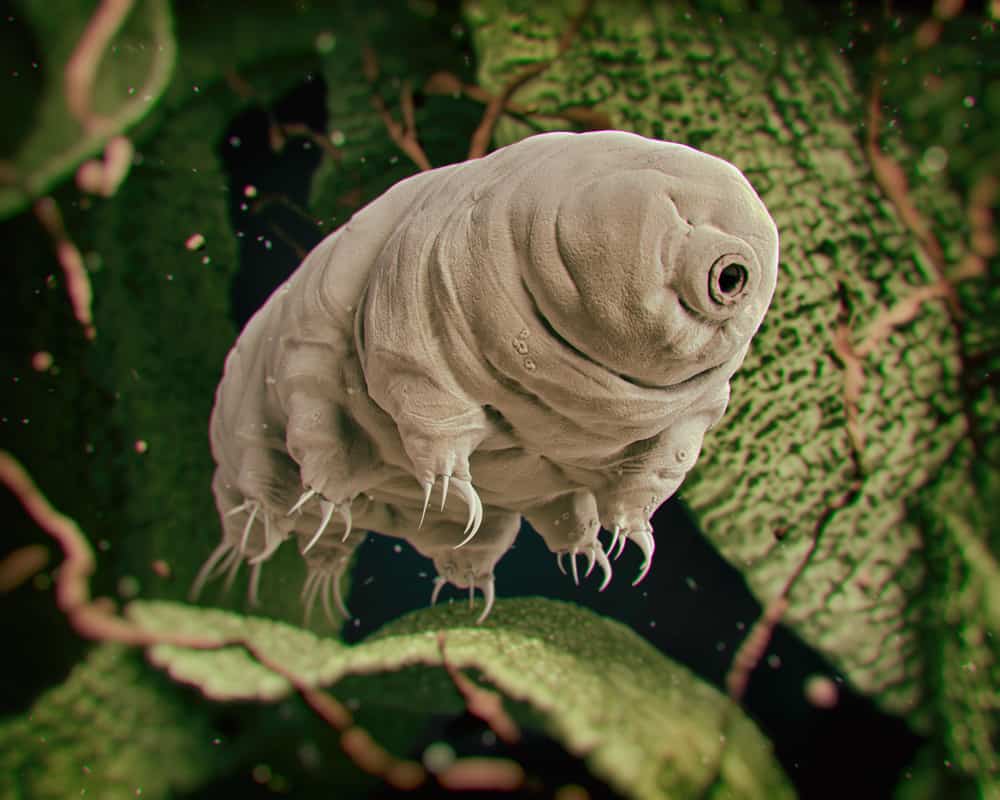 Remember in Armageddon when Bruce Willis, Ben Affleck and, uh, Steve Buscemi(?) are sent into outer space(??) to drill a giant hole in an asteroid(???) and they’re the only ones who can do it because they drill for oil(?!?!). Not the most coherent plot in Hollywood history, and as it turns out, it might not have been entirely necessary to save all life on our planet. Sure, humans couldn’t survive a giant asteroid hitting the world. Most animals couldn’t. But there is at least one species who could take an asteroid hit to their home world and keep on ticking.

We speak of the water bear, a half-cute/half-terrifying little critter also known as the tardigrade. Scientists at the University of Oxford have determined that they’re the hardiest, toughest, most indestructible creatures on the planet. Scientists have found that they can be put on ice for 30 years before thawing out and getting on with their lives like nothing ever happened. Russian cosmonauts found some of them clinging to the hull of the International Space Station, just chilling in the inky void of outer space.

Scientists tested them against an asteroid strike, gamma ray bursts and even a supernova. For most animals, this would fall right into the cruel and unusual category. But water bears shrugged them all off and appeared to be completely “unaffected,” the scientists say. “Therefore it seems that life, once it gets going, is hard to wipe out entirely,” said Dr. David Sloan, the paper’s coauthor. Their full report will be published in Nature.