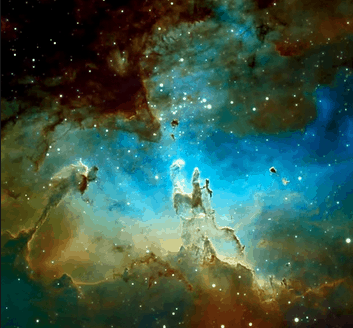 We don’t mean to bum everyone out, but we have some difficult news to report: Experts say the entire universe is slowly dying a prolonged death. A group of astronomers published their findings at the website of the European Southern Observatory this week, after looking at the energy levels of more than 200,000 galaxies.

The team of 100 scientists determined that the galaxies were all radiating significantly less energy than they were in the distant past. One of the astronomers went as far as to cryptically say, “The universe has basically sat down on the sofa, pulled up a blanket and is about to nod off for an eternal doze.” The team of astronomers delivered the tough news to inhabitants of the known universe that, according their calculations, has just a trillion years left to live. In the meantime, we have some advice for you, universe: You have just a trillion years left, dust off that bucket-list. Sing like there’s nobody listening, love like you’ll never be hurt and, by golly, dance like there’s nobody watching.

10 Fall TV Shows You Should Be Excited About